Urban One Announces Leadership Change At TV One 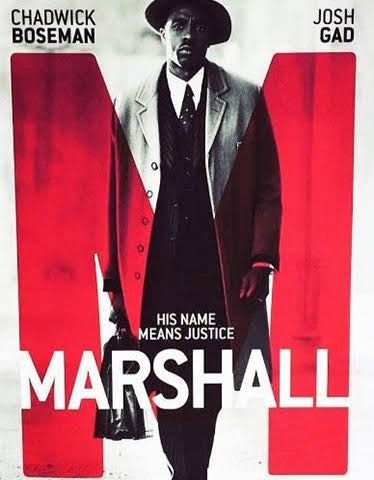 The MVAAFF will kick-off with a presentation by the Smithsonian National Museum of African American History and Culture’s Earl W. and Amanda Stafford Center for African American Media Arts’ department of digitization and preservation. On Monday, August 7 at 4 p.m. at the MVPAC the museum will preview, from their historical collection, home movies from Cab Calloway, among others.

Opening Night film will be a special screening of Reginald Hudlin’s Marshall, presented by Open Road Films, on Tuesday, August 8 at 7 p.m. at the MVPAC. “The Color of Conversation” will immediately follow with Reginald Hudlin.

Wednesday, August 9 at 7 p.m. at MVPAC, the Global Sport Institute at Arizona State University will present a screening of the NAACP Image Award-nominated “Little Ballers” – talk-back to immediately follow.

The short film competition, sponsored by HBO and Saatchi & Saatchi Global Advertising, will be held Friday, August 11 from 3 p.m. – 4:30 p.m. at the MVPAC. Immediately following, at 5 p.m., HBO will showcase an episode of the network’s inventive series, Issa Rae’s “Insecure” with moderated talk-back. At 7 p.m. HBO’s “The Defiant Ones” will screen. Moderated talk-back to immediately follow with Allen Hughes and Dr. Henry Louis “Skip” Gates, Jr.

Spike Lee to present preview the Original Netflix series “She’s Gotta Have It” on Saturday, August 12 at 7 p.m. at MVPAC. “The Color of Conversation” to follow.