Perspective: Trump sends Lawyers to Block the Release of “Fire and Fury: Inside the Trump White House” 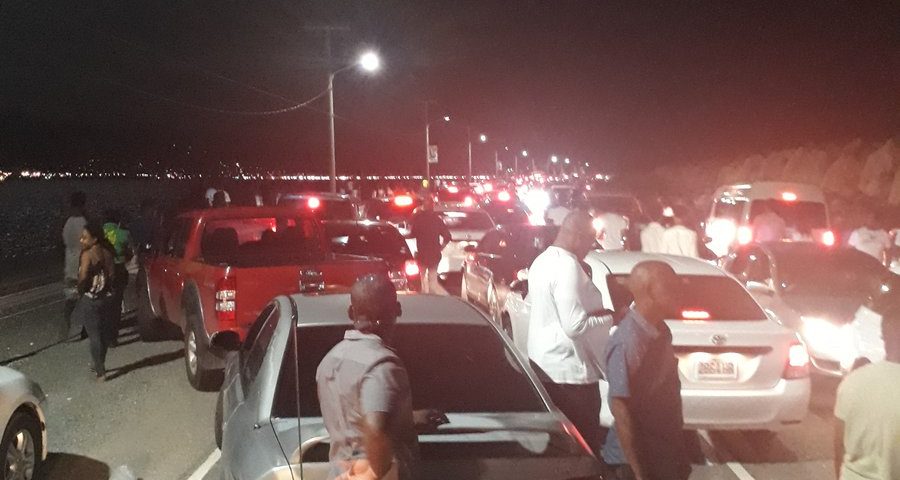 There was a planned party in the vicinity of the airport on the evening of New Year’s Day 2018 that attracted a large turnout. This event led to pile up of vehicular traffic that is believed caused a gridlock that restricted the free flow of traffic to our main international airport Norman Manley. The image of brand Jamaica has been seriously tarnished.  Eyes of the world have been looking at us and the image of us not being able to manage a basic governance issue like traffic management is appalling.

Reports are that a disabled bus also led to the back up of traffic on or around the vicinity of the airport route. There was a protracted delay in extracting this broken down bus.

As the proverbial finger pointing continues and the police commissioner finds it virtually impossible to meet a reasonable deadline for a written report on the incident …. has left many shaking their heads. This is shameful and totally unacceptable, Mr police Commissioner George Quallo. Will anyone be held accountable for this fiasco which has left outgoing airline passengers fuming and flight delays.

The required permits were granted to Sandz,  by the local municipality. So what caused the gridlock? Was it that the Police dropped the ball?

Passengers were seen walking for miles and chartering motor bikes so as to get to the Norman Manley International Airport to catch flights. Some flight crews being delayed causing flights to not fly due to the chaos. Planes were grounded overnight as crews needed rest time in accordance with airline regulations.  In short,  major dislocation occured all around.

There has been a raging debate about the Sandz entertainment event held on News Year’s Day that caused a gridlock leading to the airport flight delays. We will withhold further comment until ongoing investigations are complete. The long awaited report from the Police Commissioner’s Office on the gridlock in the vicinity of the airport is expected today Friday January 5, 2018. The whole incident is unfortunate, to say the least. We hope all questions will be answered to avoid a repetition of this gridlock.