The Say Their Names Memorial Exhibition debuts in New York’s Central Park on September 17 before touring the nation as a landmark augmented reality (AR) experience honoring those lost to racial injustice.

NEW YORK, Sept. 6, 2022 /PRNewswire/ — A landmark exhibition honoring those lost to racial injustice will make its New York City debut on Saturday, September 17. The inaugural Say Their Names Memorial Exhibition will be on view for one month in New York’s historic Seneca Village, an area that had been one of the largest African American settlements in the country prior to being dismantled in 1857 to make way for Central Park. The West 85th Street site will be home to Say Their Names NYC as an augmented reality (AR) experience combining digital photography, technology, and art to allow visitors to engage with hundreds of familiar and unsung faces lost over time. 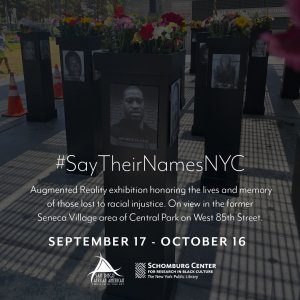 The Say Their Names Memorial Exhibition debuts in New York’s Central Park on September 17 before touring the nation as a landmark augmented reality (AR) experience honoring those lost to racial injustice.

Presented by the San Diego African American Museum of Fine Art (SDAAMFA), the Say Their Names Memorial is a national, grassroots initiative aimed at honoring the countless African Americans who have lost their lives to acts of racism over the past two centuries and more. The exhibition features 50 virtual pedestals with four photos affixed to each, for a total of 212 photos. To experience the exhibition, visitors will download the Membit app on their phone, tablet, or other device, use the app’s built-in map and follow the instructions. They can then view the pedestals and read about the individuals and their circumstances. Visitors are also encouraged to use the screen recording function in the app, to show four of the faces and read four of the names and then share it with their friends and families as personal tributes.

More than 20 New Yorkers are featured in the Say Their Names Memorial Exhibition, including Amadou Diallo, the Buffalo 10, Eric Garner, Layleen Cubilette-Polanco and Malcolm X. The full list of names can be found on the national Say There Names registry: https://www.saytheirnamesmemorials.com

“Racial violence has been a distinct part of American history since 1660,” says Gaidi Finnie, executive director, San Diego African American Museum of Fine Art. “While that violence has impacted every ethnic and racial group in the United States, it has had a particularly horrific effect on African American life ranging from revolts of the enslaved and lynchings to urban uprisings and calculated acts of murder. SDAAMFA is honored to bring this exhibition to New York City and dedicate it to the ongoing fight to end systemic racism.”

“One of the best things Augmented Reality can do is make the un-seen, seen, providing access to this very significant exhibition through the use of a single piece of equipment most people own: their cell phones,” says Jay Van Buren, founder and CEO of Membit. “Through the combination of technology and the human sentiment, we hope this exhibition will inspire a movement towards change and a better way forward.”

Say Their Names NYC is the result of a collaborative effort with the active participation of a variety of New York City-based cultural and civic institutions and individuals. These include the Schomburg Center for Research in Black Culture, the Institute for the Exploration of Seneca Village, Manhattan Community Board 10, the New York Urban League, McSilver Institute for Poverty Policy and Research at NYU Silver School of Social Work, Greater New York Chapter of The Links, Inc., and Finn Partners.

“”It is an honor to collaborate with the San Diego African American Museum of Fine Art in presenting what will truly be a landmark cultural event,” says Joy L. Bivins, director, Schomburg Center for Research in Black Culture. “We hope that people will take the time to experience this installation and participate in remembering those whose lives were cut short by hate and racism by reciting the names. We hope that these acts will serve to honor their lives and amplify the voices of those who can no longer speak for themselves as we continue to work toward meaningful change.” 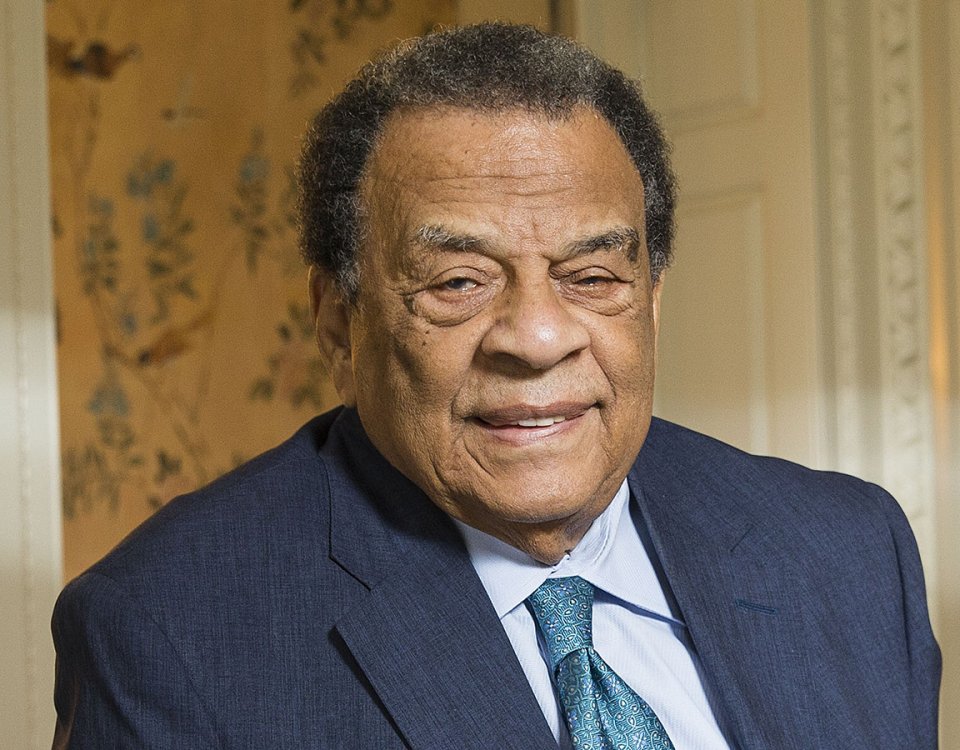