NEW YORK, Nov. 5, 2020 /PRNewswire/ — On Saturday, November 14, The Ultimate Rap League (URL) presents Queen of the Ring (QOTR), the world’s premier female battle rap league, and its marquee card, Watch the Throne 4 only on Caffeine from an undisclosed location. 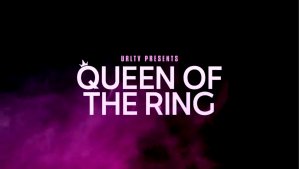 QOTR, founded in 2010, celebrates its monumental tenth anniversary by creating exciting programming through its unique partnership with URL. The goal is to produce a high-level event comparable to the multi-million viewed experiences that have made URL the most respected competitive emceeing platform in the world. And with the success of the Royalty and Kings vs.Queens events, that have already rendered the culture a fresh outlook on the female voice in this lyrical-boxing space, both URL and Caffeine are confident that WTT4 is on par to exceed expectations.

“Battle rap is a sport of the mind,” QOTR owner Babs Bunny states. “With the Kings vs. Queens card, we proved that the ladies can hang with the guys on every level. Few of the men can punch like O’fficial, scheme like 40 BARRS, freestyle like C3, bring comedy like Couture, rap like Casey J and/ or perform like Viixen.”

URL owner Smack White agrees, “The performances that those women put on has made fans (both male and female) say that the card could be a contender for battle of the year, not just on URL, but any league in the world.”

“This is why we moved so swiftly to solidify a partnership between QOTR— extending our agreement with Caffeine to our sister platform,” he continues. “This not only makes us mightier together and more formidable against the world, but starts the conversation about creating our brand’s commitment to support women in the sport as we have for the men.”

The WTT4 card will be an all-female card that includes the most revered female battlers in the world: Lady Luck vs. Ms. Hustle, 40 B.A.R.R.S. vs. O’fficial, Bonnie Godiva vs. Casey Jay, Coffee vs. Ms Miami, Viixen the Assassin vs. Fiirst Ladii Flamez, and Yoshi G vs. Tori Doe.

WTT4 airs live on URLs Caffeine channel, caf.tv/urltv, on Saturday, November 14 at 5 p.m. EST/2 p.m. PST. Battles from WTT4 will start to stream exclusively on The Ultimate Rap League’s App, alongside all kinds of original content, within weeks of their debut. The app is available across multiple servers such as Apple TV, Roku, Amazon Fire Stick, Samsung Smart TV, and XBOX on Androids, Apple Tablets, phones, and televisions.