“I Can't Breathe/Music for the Movement” EP Cover

BURBANK, Calif., Oct. 13, 2020 /PRNewswire/ — The “I Can’t Breathe/Music for the Movement” EP is set for release today on Hollywood Records.  In music form, the EP release highlights the social injustice protests taking place in America through the mediums of music and art.  The project, a collaboration between The Undefeated and Hollywood Records, reimagines historically significant songs, as well as an original song, by and for Black America with contemporary artists and producers. 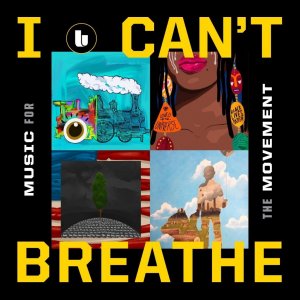 “I Can’t Breathe/Music for the Movement” EP Cover

Each song has exclusive artwork created by Black artists.  The art gives deeper meaning to each song.  In a year of racial disparity, as well as a global pandemic and economic downturn, the music reminds and evokes the importance of voting.

The track listing for “I Can’t Breathe/Music for the Movement” is as follows:

The “I Can’t Breathe/Music for the Movement” EP is the second music by The Undefeated published and licensed by Hollywood Records after the July 2018 release of Undefeated, a single by R&B artist Rayana Jay highlighting the resilience of Black female athletes in defying stereotypes. The EP is one in a series of releases from the ongoing music collaborations between Hollywood Records and The Undefeated, giving heed to cultural importance of “The Undefeated” brand as a tastemaker in Black culture.

The Undefeated is ESPN’s multiplatform content initiative exploring the intersections of sports, race and culture. The digital hub, TheUndefeated.com, which launched in May 2016, combines innovative long-form and short-form storytelling, investigation, original reporting and provocative commentary to enlighten and entertain African Americans, as well as sports fans seeking a deeper understanding of black athletes, culture and related issues.

In addition to its cutting-edge content, The Undefeated seeks to be a thought-leader on race, sports and culture in the country – convening insightful forums to discuss and debate topical issues affecting sports and race in America.