LAW ALLOWS VISITORS TO DRIVE ON NATION’S STREETS IN GUYANA

ANGIE THOMAS, #1 NEW YORK TIMES BESTSELLING AUTHOR OF THE HATE U GIVE, MAKES HER MIDDLE GRADE DEBUT WITH THE FIRST IN A CONTEMPORARY FANTASY TRILOGY

The Star-Studded Ceremony Will Take Place on September 4th, 2022 at the Cobb Energy Performing Arts Centre in Atlanta, GA.

ATLANTA, Aug. 30, 2022 /PRNewswire/ — For the first time in its 15-year history, The Headies brings the most influential, important, and impactful Afrobeats talent to the United States as part 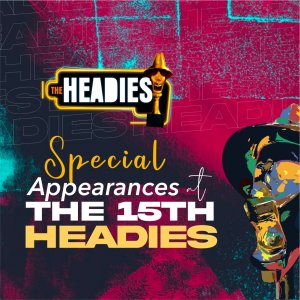 The Headies is the most prestigious Nigerian/Pan African award show, celebrating the best in Afrobeats, African music and culture with the sounds of north, south, east and west Africa. This year, the award show boasts three new international categories including Artist of the Year, Best Inspiration Single, and Digital Artist of the Year. Included among the nominees are American artists whose collaborations and contributions highlight African music such as Beyonce, Drake, Nas, and Chris Brown.

“For over a decade, The Headies have spotlighted and honored the vibrant culture and music artists native to the continent, in Lagos. We are both proud and excited to commemorate Afrobeats and its global influence, for the first time, in the United States,” says Ayo Animashaun, Headies Founder & Executive Producer.

The nominees for The International Artist of the Year category, the voting award category for non-African artist(s) or group(s) with the most outstanding achievements and impact on Afrobeats, are Beyonce, Chris Brown, Drake, Ed Sheeran, Justin Bieber, and Nas.