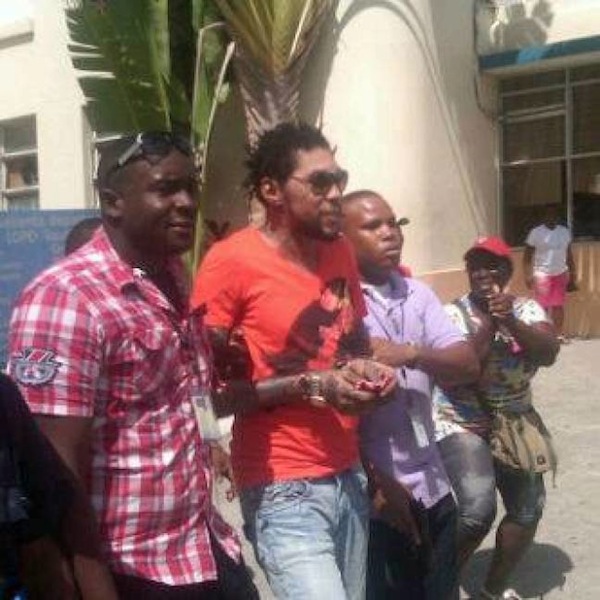 Kartel, who scored a major victory in his first murder trial in July, will face the jury for a second time for the murder of Clive “Lizard” Williams, if there are no more delays.

The trial has been hit with numerous delays over the last year angering the dancehall star’s loyal fan base.

Law enforcement officials say they have a mountain of evidence against the men ranging from video footage, cell phone texts and witness statements.

What to expect in court today

Both the prosecution and the defense attorney are expected to give their opening statements.

The trial is scheduled to run through to December 6, so whether or not witnesses will be called to the stand today is not yet known.

Vybz Kartel attorney Christian Tavares-Finson is also expected to apply for bail for his client today. The prosecution is expected to object but it will be up to the judge to make a ruling.

The case against Vybz Kartel

Vybz Kartel was arrested in September of 2011 and slapped with two murder charges in relation to the death of Barrington “Bossie” Burton and Clive “Lizard” Williams.

Leading up to the trial, the prosecution has indicated that they are struggling to get their witnesses to come forward. Earlier this month reliable sources close to the trial told Urban Islandz that prosecutors could drop the case as a result of lack of credible witnesses.

Police officers says Clive Williams was murdered at a home in Havendale in the summer of 2011 over a missing firearm believed to be owned by Vybz Kartel.

His body has yet to be found.

Kartel, born Adidja Palmer, has been behind bars since September of 2011. If convicted he could be sentenced to life imprisonment.

For the original report go to http://webcache.googleusercontent.com/search?q=cache:http://urbanislandz.com/2013/11/18/vybz-kartel-second-murder-trial-start-clive-williams-news/