WU-TANG CLAN ALBUM COULD COME OUT IN 88 YEARS 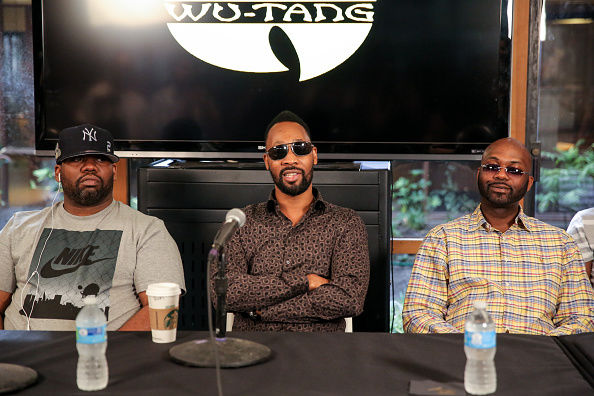 NEW YORK (AP) _ Whoever buys the Wu-Tang Clan secret album, “The Wu: Once Upon A Time In Shaolin,” will be able to release it in 2103. Forbes magazine quotes producer Cilvaringz as saying the winning bidder for the album will be allowed to release it in 88 years. The Wu-Tang Clan is selling the lone copy of the album through the auction site Paddle8. Originally the group decided to let the buyer do whatever he or she wanted with the album, but they’ve decided it’s an original rather than a master copy, like a piece of sculpture. Cilvaringz says all backups have been destroyed. RZA of Wu-Tang Clan says it’s possible the buyer could release the album anyway, but given the amount of money changing hands, he thinks that’s unlikely. There’s no asking price but RZA has said they got a bid for five-million dollars.