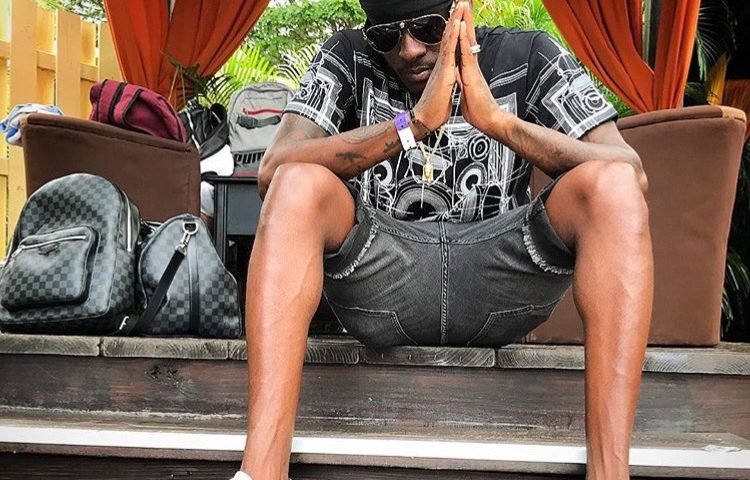 New York, New York (February 8, 2018).  Entering 2018 on a musical high, Aidonia is set to return to New York not only to celebrate a successful 2017 but also his birthday. Aidonia, who has been labeled as artist of the year by many notable awards, reputable music execs and popular end of year wrap-ups, it is almost unanimous to that he earned the title of artist of the year 2017.
Aidonia capped off a tremendous year with four Your View Awards (YVAs), which is a popular award show in Jamaica. To no surprise by his fans, the 4th Genna leader says he is grateful for the recognition. Aidonia scored a number of dancehall hits last year paving the way for him to land some lucrative corporate deals and be one of the leading dancehall artists in the genre currently. With years of experience in the music business and known for a hit single now and then, last year we saw growth and depth in his music with songs like “Yea Yeah,” “Hot Tools,” and “Banga.” 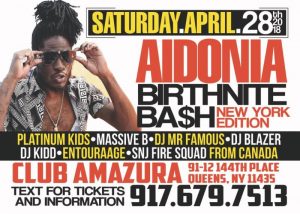 On Saturday April 28th, Aidonia will return to New York to perform at the famous Amazura Nite Club, in Queens, New York. Many are dubbing this as ‘The Return’, due to the fact that he has not performed in New York since July 2017. The momentum surrounding this event is huge as fans in the tri-state area have not seen the 4th Genna perform since he attained such major hits under his belt.

Since the announcement early bird tickets for this event have been restocked and promoters have informed us that this will be the final batch of early bird tickets. It is highly recommended that persons purchase tickets prior to day of event.