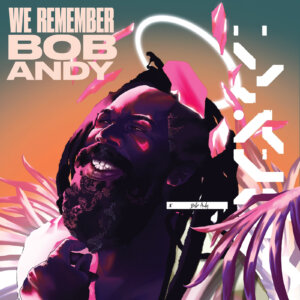 Reggae stars Alaine and Lukie D shine with their version of “Really Together” (aka “Always Together”). The song, originally performed by Bob Andy and Marcia Griffiths, is included in the collection of classics that make up the album “We Remember Bob Andy.”

Originally entitled “Always Together” and released by Coxson Dodd at the dawn of the reggae era in 1968, “Really Together” captured the energy of the creative affair of two of Jamaica’s preeminent talents, Bob Andy and Marcia Griffiths. The duo achieved international acclaim over the next two years with their version of Lorraine Hansberry’s “Young, Gifted & Black,” a song popularized by Nina Simone.

Produced by Dean Fraser for the forthcoming VP Records project, Alaine and Lukie D lend their voices to the single giving it a modern feel while maintaining the foundation of the original. We Remember Bob Andy is scheduled to be released in February 2023. “Really Together” is also included on the CD version of VP’s Strictly The Best Vol. 62, released November 11th, 2022.

The first single from We Remember Bob Andy is Bitty McLean’s version of “Let Them Say.” The song was released on October 28th, Bob Andy’s birthday, including a full-length video.