The son of Dominicans, music executive Riki Bleau, is the only Dominican to make it to the 2023 Powerlist, an annual directory of the 100 most influential people of African or African Caribbean heritage in the United Kingdom.  First launched in 2007, the Powerlist highlights the work of Black leaders in several professional sectors.

“It’s really an honour to be on this esteemed list.” says Bleau. He adds, “as the son of immigrants it makes me proud to have achieved this and I hope that it can inspire not only UK citizens of Dominican descent, but born-and-bred Dominicans too that there really is no limit to your talent and that there is a reward for your efforts.”

Bleau was listed under the category Media, Publishing, Entertainment and Sports, joining the likes of footballers Raheem Sterling whose roots are Jamaican and Marcus Rashford whose family hails from St. Kitts; as well as actors Sir Lenny Henry (of Jamaican heritage) Idris Elba OBE (of Sierra Leonian/Ghanian heritage), Michaela Coel (of Ghanian roots), and Daniel Kaluuya (whose family is from Uganda). Also under this category are Grime Artist and Philanthropist Stormzy, whose roots are Ghanaian; Akala– a poet and activist with a Jamaican background, Edward Enninful OBE, Editor-in-Chief, British Vogue and European Editorial Director of Vogue, who was born in Ghana before migrating to the UK and Vanessa Kingori MBE, Chief Business Officer, Condé Nast Britain and Vogue European Business Advisor, who was born in Kenya and raised in St. Kitts. Influencers on the chart also hail from or have roots in countries such as Burkina Faso, Nigeria, Zimbabwe, Tanzania, Barbados, Guyana and more.

Apart from the top ten on the list, the other awardees are ranked in no particular order and are organised under the following headings, Arts, Fashion and Design; Business, Corporate, Financiers & Entrepreneurs; Politics, Law and Religion; Public, Third Sector and Education; Science, Medicine and Engineering and lastly, Technology.

Bleau, who was born in London, is the son of Joseph and Edmay Caprice-Bleau from Scotts Head.  He got his start in music at Channel U, a then ground-breaking youth culture platform in the U.K.

Finding his niche in publishing, Bleau signed platinum selling producer, writer and artist Labrinth, genius producer Naughty Boy, noted singer/songwriter Emeli Sandé and mega star Sam Smith.  A testament to his success is his 2011 publisher of the year Ivor Novello Award presented by the British Academy of Songwriters, Composers and Authors. Bleau is also part of the management team of Afrobeats superstar Wizkid and Jamaican Dancehall phenom Popcaan, and is founder and co-president of his Sony Joint venture label Since ’93 Records.

Over the decades, Bleau has cemented himself as a curator of Black British music, lifestyle and culture and his influence and reach has grown steadily.  His experience in the international space can be of great benefit to local industry players and he is actively looking forward to making his mark on the Dominican music industry having already begun the process by meeting with Executive members of the Association of Music Professionals (AMP), Discover Dominica CEO Colin Piper and Minister for Trade Ian Douglas.

Regarded as a leading authority on Black influence in the UK, the Powerlist is open to Black Britons across the globe as well as Black UK residents. Previous winners of Dominican heritage include Commonwealth Head Baroness Patricia Scotland and Professor Laura Serrant, a leading nursing educator in the UK. Sir Lewis Hamilton (Grenada) and Dame Pat MaGrath (Jamaica) are two esteemed, previous awardees with Caribbean roots.

The Powerlist 2023 is published by Powerful Media and is sponsored by PwC, BP, the Executive Leadership Council, The London Stock Exchange Group, Meta, and Mastercard. The 2023 cohort was celebrated on Friday October 28th at the Powerlist Black Excellence Awards hosted by Colin Salmon at London’s Savoy hotel. 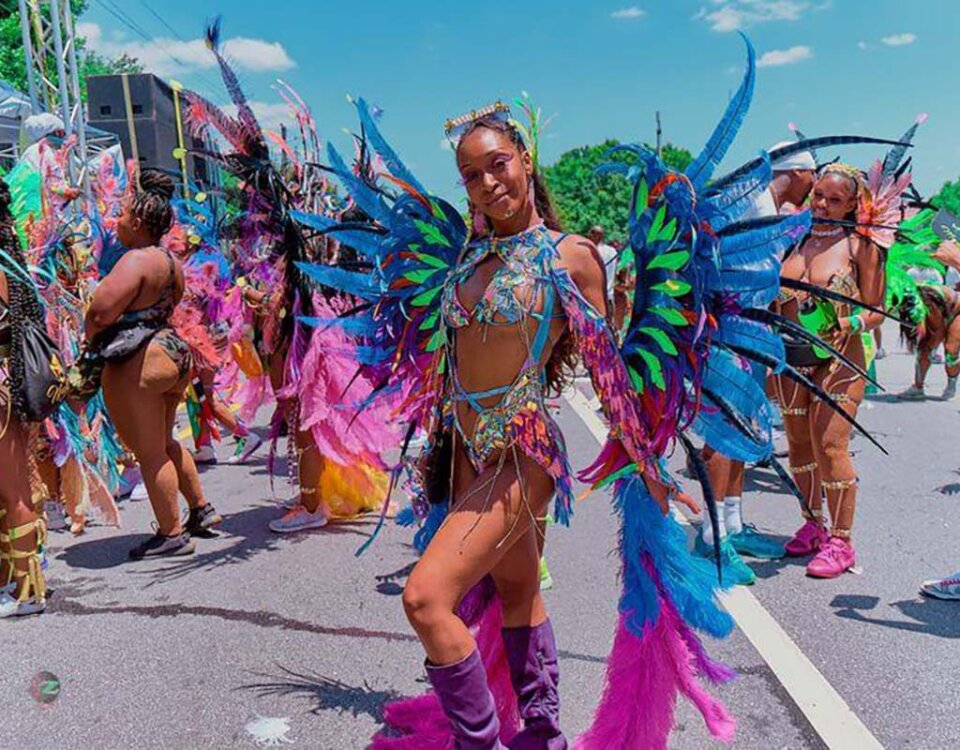