DT THE ARTIST Brings the Summer Hype With “HUSTLIN”

Collaboration Marks SeedInvest’s First Crowdfunding Campaign with a Sports League and Opportunity to Invest in AFFL and Fastest Growing Sport in the U.S.

NEW YORK, July 6, 2021 /PRNewswire/ — The American Flag Football League (AFFL), the preeminent flag football organization in the United States, today announced the launch of its investment campaign on SeedInvest, a leading equity crowdfunding platform, allowing fans, players and investors to own a portion of the league.

The campaign, which marks SeedInvest’s first crowdfund with a sports league, kicks off today providing an opportunity to invest and become an equity stakeholder in the AFFL and one of the fastest growing sports in the U.S.  Over the next several months, and for a low minimum investment, anyone can visit www.seedinvest.com/affl to become a part of the AFFL.  The campaign is now accepting reservations for shares in the upcoming round. 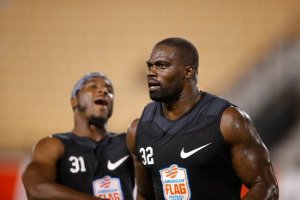 The American Flag Football League (AFFL) announced the launch of its investment campaign on SeedInvest allowing fans, players, and investors to own a portion of the league.

The announcement comes ahead of the AFFL’s fourth season and follows a recent slate of milestones for the league – from its agreement with CBS Sports to broadcast games this summer, to the launch of the league’s women’s division and commitment to pay equity for both the men’s and women’s champions.  The AFFL also recently announced an exclusive partnership with LSports, a global leader in the delivery of real-time sports data solutions.

“The interest in flag football has never been stronger, and the AFFL’s success and incredible growth is a reflection of the sport’s popularity,” said Jeffrey Lewis, CEO and Founder of the American Flag Football League. “This collaboration with SeedInvest is an opportunity not just for our fans and players, but for anyone interested in becoming part of the sports league paving the way for one of the fastest growing sports in the country.”

Across the country, flag has already overtaken tackle football at the youth level, and on the women’s side, interest in the sport has never been stronger.  The NFL and Nike recently announced a $5 million initiative supporting girls’ high school flag football, and overall participation in flag football has grown to nearly 6.8 million people, up 23% in the previous five years.

Additionally, the National Association of Intercollegiate Athletics’ (NAIA) has recognized women’s flag football as a sanctioned sport, with 15 schools committed to offering programs.

The AFFL offers the highest level of competitive flag football and has attracted some of the NFL’s biggest names in years past, including Michael Vick, Chad Ochocinco, Terrell Owens, Vince Young and Danny Wuerffel.  The league features a 7-on-7 format on a 100-yard field, with a 12-person roster and a 60-minute game with 15-minute quarters played over a running clock.

AFFL is offering securities under Rule 506(c) of Regulation D and Regulation CF through SI Securities, LLC (“SI Securities”). The Company has filed a Form C with the Securities and Exchange Commission in connection with its offering, a copy of which may be obtained at AFFL: https://www.seedinvest.com/affl.