BDRB, CIMA and ADVANCE gather music industry leaders to sign “The Declaration to End Anti-Black Racism in the Canadian Music Industry” on the 1-year anniversary of #BlackOutTuesday

On Wednesday June 2nd, the 1-year anniversary of Blackout Tuesday, the viral global action to protest anti-Black racism, BDRB (Breaking Down Racial Barriers) with CIMA (Canadian Independent Music Association) and ADVANCE (Canada’s Black Music Business Collective) will be hosting a virtual declaration signing event for music industry leaders to make public their commitment to anti-Black racism. The event will include 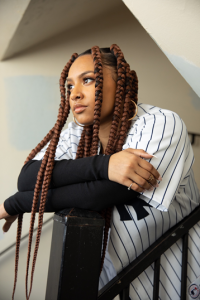 “Today, CIMA calls upon the music community in Canada to declare its commitment to ending anti-Black racism in the Canadian music industry. By doing so we commit to the creation of a more equitable, inclusive, and diverse industry; one that not only includes, encourages, and fosters the success of Black entrepreneurs and professionals but does so intentionally,” says Andrew Cash, CIMA’s Executive Director. “CIMA is proud and honoured to partner with BDRB and ADVANCE to bring this Declaration forth. This initiative is vitally important to our organization and an urgent call to all our partners and colleagues to bring this declaration to life in your workplaces, and within yourselves, to eradicate anti-Black racism.”

“ADVANCE is committed to advocating for Black professionals in the music industry,” adds Keziah Myers, Executive Director of ADVANCE. “We believe that anti-Black racism shouldn’t exist in any space, and that it has limited the progress of Black people in the music sector. The Breaking Down Racial Barriers declaration is extremely important to us because it is a step in the right direction towards ending racism. Collectively, we as an industry, need co-conspirators that stand in the gap, and ensure that equity is achieved.”

The Declaration builds on the findings of last year’s ground-breaking “Breaking Down Racial Barriers” roundtable which featured over 60 working Black music professionals discussing anti-Black racism throughout the Canadian music and entertainment industry. The 10-part series featured candid, and at times uncomfortable conversations on anti-Black racism and its impact on independent and major label artists, live event producers, music creatives, economics, media, and the succession and retention of Black music professionals throughout the music ecosystem including executives. “The BDRB Declaration to End Anti-Black Racism in the Canadian Music Industry” commits signatories to measurable actions – music industry leaders and practitioners will be expected to make an active, conscious and ongoing effort to work against racism; to create mechanisms to dismantle systems that perpetuate racism, and to create actionable solutions with measurable outcomes. The Declaration acts as a precursor to the CIMA commissioned BDRB Report on anti-Black racism in the Canadian music industry which will arrive in the coming weeks.