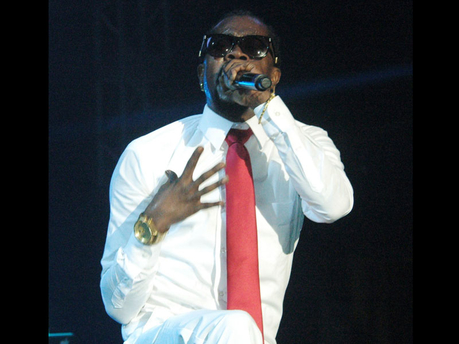 Earlier this week, Beenie Man performed in Yaam, Germany, where he delivered a stimulating performance, chock-full of his old and new hit songs backed up with some very entertaining dance moves.

“Fans in Sweden, Italy, Holland, and France have also got a dose of the doctor’s versatility. The tour is going well, the promoters are happy with the turnout at these indoor venues. Despite the different languages and culture, it is quite evident dancehall breaks down all cultural barriers. Reggae and dancehall are having a resurgence in popularity in Europe,” said Rohan ‘Blue’ Smith, Beenie Man’s manager.

Beenie Man’s tour started on October 31 and will end on December 3.

On Friday, he will hold centre stage in Le Noumatrouff in Mulhouse, France.

While on Saturday, Beenie Man and the Zagga Zow band will perform at a show dubbed Full Attention in Kaserne in Basel, Switzerland.

For the original report go to http://jamaica-gleaner.com/gleaner/20131113/ent/ent2.html