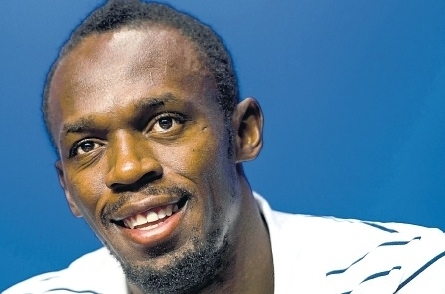 The film, The Secret Service, is based on a Mark Millar comic book. In an interview with the British Broadcasting Corporation, Jackson — best known for his roles in Pulp Fiction and Shaft — says British actors Colin Firth and Michael Caine are other potential members of the cast.

Jackson also confirmed that retired footballer David Beckham will play himself in the movie. Other high-profile stars earmarked for cameo appearances in The Secret Service include Adele and Elton John.

Ricky Simms, Bolt’s agent, confirmed that talks between the sprinter going Hollywood have

“I spoke to the director Matthew Vaughan about this project a few months ago. We will look into the possibility and time commitment required for Usain to be part of it after the track and field season is completed,” Simms told the Jamaica Observer.

“Usain has received several such invitations in the past but it has always been difficult to find the time while he is an active athlete,” he continued.

Bolt is one of the world’s most famous people, based on his exploits in the last two Olympics and World Championships and Diamond League series.

“The world has changed in such an interesting way, fame is more important sometimes now than acting ability in a certain way. So that will be one of the unique aspects of this film, that there’ll be people like David Beckham and hopefully Usain Bolt,” he said.

The Secret Service is set to be filmed in London and other European cities. It will be directed by Matthew Vaughn.

For the original report go to http://www.jamaicaobserver.com/entertainment/Bolt-REPORTS-FOR–SERVICE_15003759