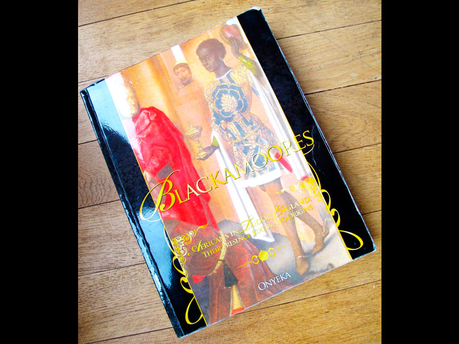 NEW RESEARCH exposing the extent of the black presence in Tudor England has been published.

Blackamoores: Africans in Tudor England – the most comprehensive book of its kind – challenges the perception that the arrival of the SS Windrush in 1948 was the start of multicultural Britain.

It also reveals that well-to-do African people were very much part of everyday society in cities like London, Plymouth, Bristol and Northampton.

Many of them married into English families, which suggest white Britons are likely to have black ancestors they know nothing about, such as one Peter ‘Bluck’, of Worcestershire, who is featured in the text.

The book is a 10-year labour of love for historian Onyeka, who combed through more than 250,000 documents, including parish records in obscure towns, to back up his claims and uncover hidden histories that many of his contemporaries would argue did not exist.

In the few historical references of Africans in Tudor England, they are depicted only as slaves or transient immigrants to be viewed with suspicion.

Blackamoores is supported by Narrative Eye, a community-based organisation that promotes black history and literature.

Co-director Marchu Girma said: “We are not the first, second or third generations of Africans to make England home. This is about really giving the whole story.”

The book was launched earlier this month at the House of Commons at an event featuring Labour MP Chi Onwurah, Liberal Democrat councilor Lester Holloway and historian Tony Warner, who debated the need for a more inclusive curriculum.

They are now lobbying Education Secretary Michael Gove with a petition to get this little-known aspect of English history into classrooms.

The Conservative minister came under fire earlier this year for threatening to remove black heroes Mary Seacole – a Crimean war nurse – and abolitionist Olaudah Equiano from the curriculum.

Onyeka said: “This isn’t just about black identity, but English identity. Telling this story helps everyone. “Everywhere I went, I was met with negation and denial of existence.

“When I found a new person, it was like they wanted to be found. Their names were recorded with pride to stay who they were, such as Henry A. Blackamoore.”

Onyeka added: “To get politicians to care takes a great deal more effort. That’s where you [the media] come in. Gove was forced to back down over Mary Seacole because of media pressure. It is also possible to be proactive and not just reactive. We can say, here’s this earth-shattering discovery, please take it on board.”

For the original report go to http://jamaica-gleaner.com/gleaner/20131128/ent/ent2.html