Perspective; Breaking News: Can Peter Phillips Ever Be Trusted? … Did He Stab Holness In The Back?… Sad, Unfortunate, disappointing … 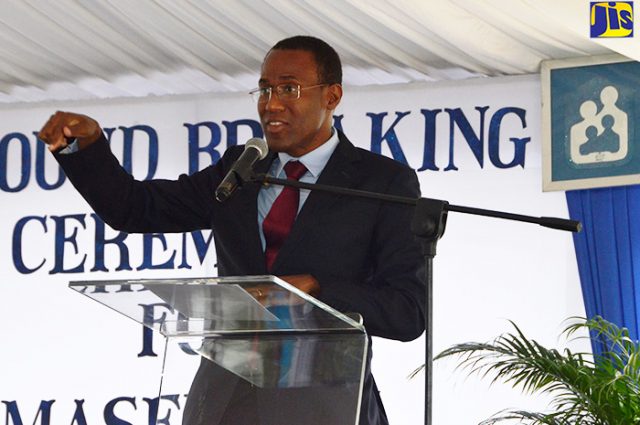 The Jamaica Labour Party has to go to the polls following the retirement of seven (7) term MP Derrick Smith 74, former National Security Minister and up to the time of his retirement due mainly to ill health, was Minister Without Portfolio in the Office Of The Prime Minister. In political terms Derrick Smith is seen as a stalwart who is considered to be of an unquestionable integrity. We wish him well in his retirement.

Unfortunately there was controversy due to the fact that MP Derrick Smith had hoped that his son Dwayne Smith a sitting Local Government Councilor for the Red Hills Division, a wide area geographically … part of his father’s (Derrick Smith) constituency, would have replaced his father as MP. This will not happen as the hierarchy of the JLP had other ideas. They chose Senator Dr. Nigel Clarke, an advisor to Prime Minister Holness instead. Keisha Hayle is the candidate & the Principal of Padmore Primary School. The education system had labeled Padmore as a “failing school”, Ms. Hayle is credited with turning around this failing school. She has a fight on her hands.  Can she turn this solid JLP seat around to the PNP column?

The JLP from about 1976 has held this seat. In the 2016 General Elections, the JLP won the seat by nearly 3000 votes. The JLP cast 7000 + & PNP 5000+.  A commentator said it was a done deal for the JLP repeat their winning ways. Let us caution that politics is an unpredictable animal.

Dwayne Smith said he embraces Dr. Nigel Clarke as the candidate for MP.  Quite a turn around as  unity is being demonstrated.

It is to be regretted that what concurred in the selection process on the JLP side. We understand from Derrick Smith that the party’s constitution was breached. This is unfortunate to say the least. The JLP has not denied this contention. Things seem to have ended well. Was MP Derrick Smith disrespected?

Derrick Smith is my personal friend who I have known for over 40 years.  In 1976 we went to Indiana, USA as JAYCEE AMBASSADORS.  In a nutshell this is an International Exchange  Programme between the Caribbean and Indiana, in the United States of America (USA). Jamaica was naturally one of these islands. Derrick can best be described is an excellent leader, visionary, a person of unquestionable integrity, and the model of humility.

We wish the by-election will be successful from an administrative standpoint and may the better candidate with the better plans for the area win.