Candy Kay inspires us all to ‘Feel That Love’

BIG3 CERTIFIED AS A BLACK-OWNED BUSINESS

Record producer Lethal Vybz – a nephew of  international dancehall grammy winner Buju Banton, is promising dancehall fans, he is coming with some lyrical bomb for the rest of the year.

The former soldier in the Canadian army has already dropped a few songs which he describes as, making some good rounds on social media platforms. 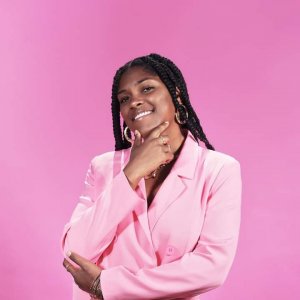 Photo of Canadian- based artiste Jonelle

Among the songs on “Unforgettable” are, Tamika Pandemic “More Life” and Jonelle “Unforgettable.” On ‘We Ready Riddim” are” We Ready” with J Star;  Sky Star “Bad Man Activity” and Gyal Ediot “Right Thruu.”

The album 5th Galaxy has 8 tracks. One such song is “Again” by Sky Star. Damage Riddim has 12 tracks with Pamputtae ” Put on a show ” and Uyara “Upstairs”

In an interview with Vision Caribbean TV, Lethal Vybz says, “I am no soft soap. I was with the Canadian army and I have learnt a lot from my uncle Buju. I am from a musical family with my cousins being Jahazeil, Leelo and Markus.

“I was really excited in joining the army and the prospect of meeting new people was great. But, there was a void that needed to be filled in my life. So, I went through each day thinking about what more I needed out of life.

“And, there was the answer staring me in the face because there was Buju and I suddenly wanted to get more involved in the music. He was having hits across the world, even winning a grammy award.”

“Then, one morning I woke up and decided to be a record producer.

“I am going for greatness, just like my uncle Buju. I saw his dynamism when he performed at two great shows,  Buju Long Walk to Freedom Concert at the National Stadium, Kingston and the Bahamas.

Lethal Vybz born Troy Sterread, lived for sometime in King Weston a rural community in St. Andrew. He migrated to join his mother in Canada when he was 12 years old.

He attended Carleton Village preparatory and later Bloor Collegiate before enlisting in the army.