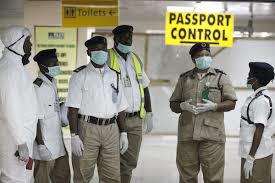 GEORGETOWN, Guyana _ A Caribbean trade bloc is urging governments to establish isolation facilities and take other preventive measures in case the Ebola virus reaches the region.

Caricom’s secretariat said in a statement Wednesday that the recommendation was backed at a meeting of government officials and the Trinidad-based Caribbean Public Health Agency.

No cases of Ebola have been reported originating in the region, though an outbreak in West Africa has killed at least 2,400 people.

Caricom said leaders also should review their response to an outbreak of the chikungunya virus. Across the Caribbean, the Pan American Health Organization has recorded nearly 700,000 suspected and confirmed cases as of Sept. 12