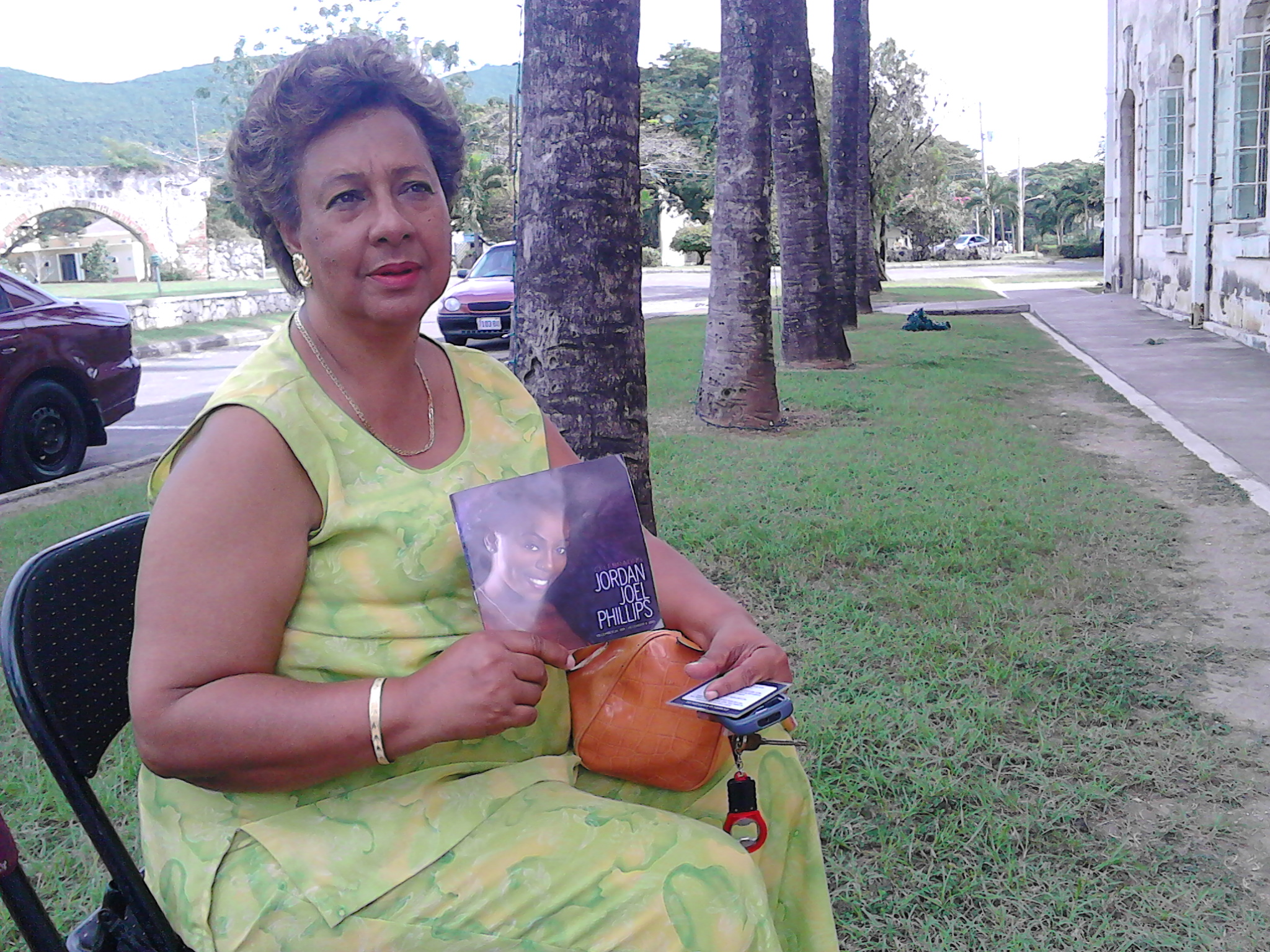 This apparent grief stricken mourner refused to leave the Mona Chapel over an hour after the hearse carrying the body of Capri was well on its way to the Cemetery. Although reluctant to approach her initially …. she was warm and quite receptive to Vision. “Who are you?” was her first question as she pierced her beaming eyes … as if trying to penetrate and figure out my true motives. Her car was nearby I later learnt. Assumed she was awaiting a ride home. There was male company sitting nearby.

“I just attended the service for Capri …. I am so sad” she declared as her voice choked with emotion in a soft tone. “The bottom half of the Chapel was filled to capacity …. about 400 were inside …as additional chairs had to be brought in …. most persons especially the elderly preferred not to go upstairs to the balconies.

The organist Godftey Taylor was sitting near to my interviewee, he left for a brief moment. Denise Mullings, surprisingly consented to pose displaying Capri’s funeral programme.

In his sermon Rev. Bosworth Mullings used as his focus for reflection Eccs. 3 “a time for every purpose …. a time to mourn and a time to dance” as if allowing his grieving audience to take a breath, the preacher paused …. “Grieve you must …” he then turned his focus on the four (4) anchors of life as he put it “prayer, friendship, trust in God, and commitment”. Further he explained in some detail what each meant .. his perspective.

He then concluded as he started “a time to mourn” ….. a time to rejoice” ….sadness blanketed like fog in the gorge.

Among the many artistes Alaine laughton, vocalist, Romaine Virgo, Dean frazer, saxophonist, Lady Saw wept uncontrollably, Spice, Chris Martin, Cherice Anderson, Kiprich, to name a few. There was a dance and poetry. The service lasted for about two hours. The Methodist were in charge.

Michelle Gordon Capri’s aunt’s close friend, refused to be photographed but was anxious to speak “it is complete tragedy …. we don’t understand why, but we are trusting God at this time, Capri was known to me for 15 years….. she was a beautiful soul in and out full of life and full of love …. music was her passion, she had no children.” her tear filled eyes were scarlet red.