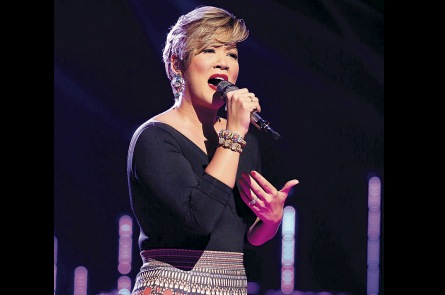 IT has been seven years since Tessanne Chin came to national attention with the hit song Hideaway.

Chin is enjoying renewed popularity due to her impressive performance on the top-rated NBC talent show, The Voice.

No surprise that Hideaway has benefited from this exposure. According to Neilsen Soundscan, it has sold over 15,749 downloads and jumped back onto Billboard’s Digital Reggae Singles chart four weeks ago. In the past week, Hideaway sold 298 downloads in comparison to 209 the previous week.

Chin performed a cover of Jimmy Cliff’s classic Many Rivers to Cross on a live round of The Voice two weeks ago. Her rendition spurred some interest in the original, as reflected in Billboard’s Digital Singles chart.

Many Rivers to Cross sold 707 downloads over the past week, almost doubling the 408 downloads of the week before. Released in 1969 and produced by Leslie Kong, the song is on the soundtrack of the

Cliff’s song has sold more than 87,000 downloads to date.

While sales for Hideaway and Many Rivers to Cross are encouraging, the

returns for reggae/dancehall in the US continue to be unimpressive.

On the latest issue of Billboard’s Reggae Album chart, Gyptian’s Sex Love & Reggae, which debuted at number one two weeks ago, fell to number two with 474 copies sold last week. The album has sold just over 1,700 copies to date.

The number one album is Reincarnated by rapper Snoop Lion. This set was released early this year and has sold 82,654 copies. It is the biggest seller on the chart.

Also posting double- digit numbers is Hawaiian reggae band The Green, whose Hawaii 13 album has sold just over 10,000 copies since its release 12 weeks ago.

After 19 weeks on the chart, Automatic by Virginia reggae band Iration, has sold 12,120 copies.

Cliff’s Rebirth, which won the Grammy Award for Best Reggae Album this year, has sold 43,206 copies.

The much-hyped Vybz Kartel album Kartel: Trilogy has been on the Billboard Reggae chart for seven weeks. It has sold a paltry 400 copies.

For the original report go to http://www.jamaicaobserver.com/entertainment/Chin–Cliff-surge–dancehall-stumbles_15445826