TARRUS RILEY – “TO THE LIMIT” 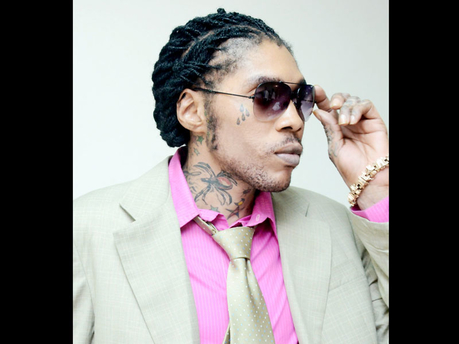 TO say it was a surprise to get an interview with Vybz Kartel would be an understatement! Even upon hearing that the dancehall superstar would be doing press to support his new album, there was reason to be sceptical. After all, he is behind bars – where he’s been for the past two years – awaiting trial for murder.

In such circumstances, it would be fair to assume that media duties wouldn’t be at the top of his priorities. But on the contrary, the Jamaican deejay, born Adidja Palmer, was keen to speak out about what he describes as the “injustice” of the Jamaican legal system and the “repetition” of life behind bars.

In addition, the star, famed for hits including Clarks, Ramping Shop, and Pon Di Floor, lambasted the current state of the genre in which he found fame.

Granting The Voice’s Life & Style with an exclusive interview, Kartel says dancehall has suffered a huge decline since he’s been behind bars and insists that there is no artiste in the market at present that can take his throne.

“And although the fact remains that if I die tomorrow, dancehall will continue, it’s also a fact that the next artiste to bring the energy, panache, and ‘vybz’ to dancehall, isn’t here yet.”

Clearly unimpressed by any of the current deejays that have followed in his wake, the star, dubbed dancehall’s ‘worl’ boss’, feels the genre’s demise is clear for all to see.

“Look for yourself. Since I’ve been in jail, reggae has taken over because it’s a refreshing alternative to dancehall for the young kids who realise the artistes of dancehall are just recycling Kartel lyrics and flow. It’s pathetic.”

Proving that incarceration hasn’t dented his passion for his art, Kartel recently released the new album Kartel Forever: Trilogy; a three-disc, 60-track collection of both new and classic hits.

And though he says life in prison is somewhat of a Groundhog Dayexistence, the deejay, who also earned notoriety in recent years following his admission of bleaching his skin, says his spirit hasn’t been broken.

“I’m in the highest spirit, thank you. In here, everything is a repetition wake, bathe, lock down again. Eat, sleep, repeat. I feel like a robot. But in my cell, I have countless books to read and I also write, too. That’s how I pass my days, occasionally watching TV. I am always occupied, so that kinda keeps me focused.” Despite his seemingly positive outlook, Kartel is by no means happy about his current situation.

The entertainer, along with other men, was arrested and taken into custody in 2011, charged with the murder of businessman Barrington ‘Bossy’ Burton. He was subsequently charged with another murder, that of dancer Clive ‘Lizard’ Williams.

In July, Kartel was found not guilty of Burton’s murder, but he remains in prison, awaiting trial for the murder of Williams, who the police allege, was beaten to death at the deejay’s home in a dispute about a missing firearm.

Kartel’s lengthy incarceration has sparked outrage among many in the dancehall fraternity who believe it is unjust that the entertainer has remained imprisoned for over two years without trial.

Himself frustrated with the Jamaican legal system, Kartel says he wants his fans to know that his two-year incarceration is an act of “injustice”.

“I have to thank my fans for being my fans and/or for supporting me, and let them know that this injustice system of Jamaica is the reason why I’ve been here so long without trial or bail.

“The police say I can’t get bail because I’m a flight risk. They say I’ll abscond. Wow! Where’s the Privy Council when you really need them?”

Still, the deejay is optimistic when looking to the future.

Asked what he intends to do first when he is released from prison, Kartel says: “Well, that goes without saying: Spend time with my family. Anyone who knows me can attest to the fact that I put family over everything. Then after that, music!”

Kartel Forever: Trilogy is out now on Tad’s Records.