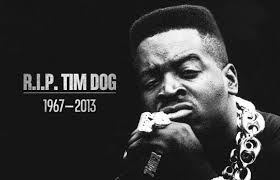 ATLANTA _ Rapper Tim Dog, who was accused of swindling women out of thousands of dollars, was dead when a warrant was issued for his arrest last year, according to a death certificate filed in Georgia.

The rapper, whose real name was Timothy Blair, was best known for the 1990s song “F— Compton” that criticized West Coast rappers.

He was sentenced in August 2011 to serve 14 days in jail and five years on probation for swindling $32,000 from a woman who met him on an online dating site four years earlier. He was ordered to pay about $19,000 in restitution.

Numerous media organizations last year reported or referred to his death from diabetes complications, many citing the hip-hop magazine The Source. That story later disappeared from the magazine’s website.

Sparse obituary information, lack of a burial site and no known death certificate led to talk in hip-hop circles that the rapper had faked his death in February 2013.

One swindling victim from Mississippi told prosecutors she stopped receiving restitution payments around the same time Blair was reported dead. DeSoto County prosecutor Steven Jubera said in May 2013 that since he had no proof Blair was dead, he had to assume the rapper was alive. Jubera sought an arrest warrant, and a judge approved it.

Blair is from New York but had been living in the Atlanta area.

A death certificate from DeKalb County, Georgia, shows that a Timothy Blair with the same birth date and Social Security number listed in the Mississippi court documents died on Feb. 14, 2013. The document, first reported by “Dateline NBC” and obtained by The Associated Press on Tuesday, shows the 46-year-old died at a hospice centre but does not list a cause of death.

The Mississippi woman who accused Blair of scamming her was featured in 2012 on “Dateline NBC,” along with other women he had persuaded to give him money.

Esther Pilgrim, of Southaven, Mississippi, told the program she opened credit cards to get money to invest in Tim Dog albums that Blair said he was producing.

After meeting online, the two spent time together in person at Blair’s home in Atlanta. In the Dateline program, Blair said Pilgrim wrecked the record deal and cost him hundreds of thousands of dollars.