BARBADOS ISSUES WARNING AS IT DEALS WITH UPSURGE IN CRIME 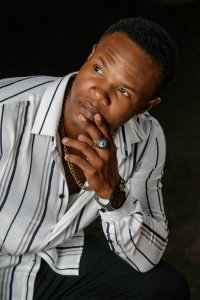 Created by music mogul Simon Cowell, the X- Factor talent contest ran from 2004 to 2018. However, there are plans to reboot the competition starting 2023.

According to Short Boss, who now performs at hotels,  “it’s not that I am not interested in that competition or any other overseas. I am just not ready yet. But, should I decide to enter, this Short Boss would make Jamaica very proud. I have been working hard on my craft.,  and I know Jamaica would be giving me one hundred per cent support.”

Short Boss born Akeem Smith  is considered to have one of the best vocals  in the entire Digicel Rising Stars Competition series,  and had no fierce competitor from the first week of the studio finals. He even had the tough- talking judge, Anthony  Miller, openly making his victory verdict for the former Jamaica College student.

Both a boyish personality and his ability to interact with his audience made Short Boss a winner, especially, among females who screamed whenever he enters the stage.

Critics claimed that his likely draw-back is his inability to shed cover version, but this comment was brushed aside.

” Whoever is saying that is obviously not following my career. I am only known for one cover version, the other songs are very much originals.”

Born in St. Ann’s Bay, Short Boss got most of his support in Spanish Town, a community which boasts the likes of Chronixx, Lutan Fyah and Chuck Fenda.

“I entered and placed third in KFC’s On  The Verge Talent Contest, and I  auditioned  five straight  years before selected  as a finalist in the Digicel Rising Stars contest.”

Among his singles are “Smile and Wave”, “Do Good” and “Mama”; his latest project being , “I’m Not The Only One” produced  by Deejay Shaka Pow, principal of Outfytt Records and Chris Thomas The CEO,  I.W.A.A.D Music LLC.