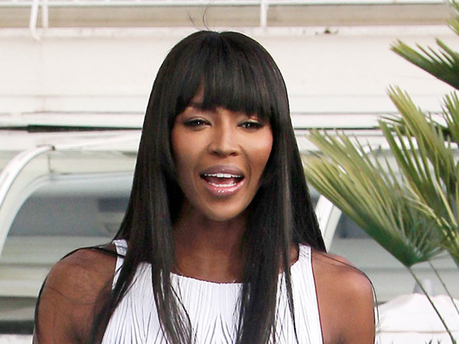 The 43-year-old supermodel launched a campaign to expose racial discrimination in the fashion industry last month and published an open letter with a list of fashion houses “accused of being guilty”, with the former SpiceGirls star one of those criticised for using just one non-white model in her London Fashion Week Show.

However, Naomi insists she meant nothing personal against Victoria and even called her directly to discuss the problem in the industry as a whole.

“I called Victoria and I spoke to her. I don’t want to pinpoint anyone. It isn’t a blame game. Everyone’s name was on that letter because they’d done it. It could have been completely unintentional. She is one of the designers on there like anyone else,” said Campbell.

The document, which was addressed to the governing bodies of the fashion industries in New York, London, Paris and Milan, also criticised various labels, including Calvin Klein, Donna Karan, Chanel, Armani, Gucci, Saint Laurent, Roberto Cavalli and Marc by Marc Jacobs, for not using models of colour, but Naomi insists she wasn’t worried about upsetting her friends in the industry.

Asked if she was concerned about upsetting people, she told the Daily Mirrornewspaper: “Absolutely not! There is no way to candy-coat this sort of thing. You have to be straight.

“We had the percentages and we were armed with the facts, and you can’t be nervous about upsetting people.

The outspoken star also claimed she was sacked from Elite ModelManagement in 1995 for refusing to take on a job in which she felt she was being discriminated against because of her ethnicity. The decision angered her boss John Casablancas, who later described her as “odious”.

“One of the reasons why I left … it wasn’t because I was difficult, it was because I refused to take a job at a very high-level cosmetics company when my white counterpart was getting millions.

“So I told them ‘no’. John was so happy thinking I was going to get this deal, but I really felt insulted as a black woman.”

For the original report go to http://jamaica-gleaner.com/gleaner/20131030/ent/ent2.html