Dominican cardinal calls gay US ambassador a ‘wife,’ says should focus on housework 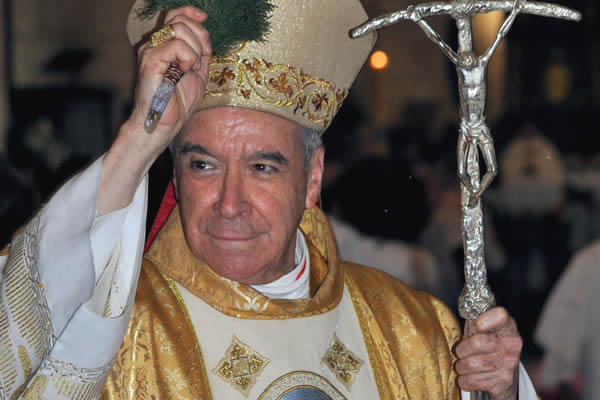 SANTO DOMINGO, Dominican Republic _ A Dominican cardinal upset over comments that the U.S. ambassador made about corruption in his country has said the openly gay diplomat should focus on homemaking.

“That man needs to go back to his embassy,” he said. “Let him focus on housework, since he’s the wife to a man.”

The U.S. Embassy declined comment, but said Brewster would appear on a local TV news program on Thursday. Brewster became the seventh U.S. ambassador in history to be openly gay when appointed two years ago.

Lopez’s comments come about a week after Brewster criticized corruption in the Dominican Republic and accused police officers of threatening and assaulting several U.S. investors who were attending conference organized by the local government.

“Imagine the horror I felt when I got a call from one of them, telling me they had been stopped by a uniformed police officer, that they had a weapon pointed at them and that they were forced to turn over their wallets,” Brewster said last week.

Lopez also criticized Brewster for saying that those who feel the U.S. embassy is too involved in Dominican affairs should return their U.S. visa. He said he would be honoured and satisfied to do so.