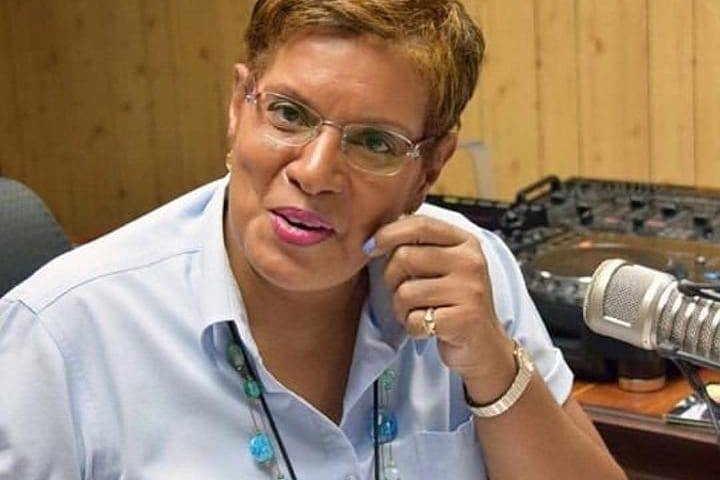 Jamaica’s popular broadcaster Dorraine Samuels died on Tuesday March 26 at the age of 59.

Dorraine; who became Jamaica’s most popular broadcaster with a near 40-year career spanning radio and television, died following a battle with pancreatic cancer.

Prime Minister Andrew Holness described her as an icon with sincerity, integrity and significant contribution to broadcast media.

“We would all have grown up listening to Dorraine Samuels on Good Morning Jamaica, both herself and Alan Magnus….and then we became even more familiar with her in our living rooms reading the nightly news on TVJ, and she did it so effortlessly, so professionally, so reassuringly. I don’t believe that we are going to see another broadcaster of her calibre and stature for a little while. She has done a very great job in my opinion in the broadcast of news, in keeping Jamaicans informed; but just her pleasant personality that radiates on the screen and through the radio. She will be sadly missed.”

Minister of Culture, Gender and Entertainment Olivia Grange said Dorraine’s work on radio and television has been outstanding and her contribution to Jamaica media has been exceptional.

The House of Representatives paid tribute to Dorraine at its sitting on Tuesday afternoon and House Speaker Pearnel Charles described her as a friend of parliamentarians and Jamaicans as a whole.

President of the Press Association of Jamaica, PSOJ George Davis said Dorraine’s passing will leave a significant voice in the profession and that the country has lost one of the most talented broadcasters in the business. Mr Davis said Dorraine was a breath of fresh air on the airwaves and Jamaicans welcomed her into their homes daily over the decades whether she was delivering the major newcasts on RJR or hosting her various radio programmes “The Sunday Magazine, Jamaica Today or Dorraine’s Coffee Break”.

The PAJ recognized Dorraine on two occasions for her exemplary service. Dorraine co-anchored Prime Time News on TVJ for 14 years.

A Thanksgiving Service will be held at the UWI Chapel on Monday April 18. May her soul rest in peace.