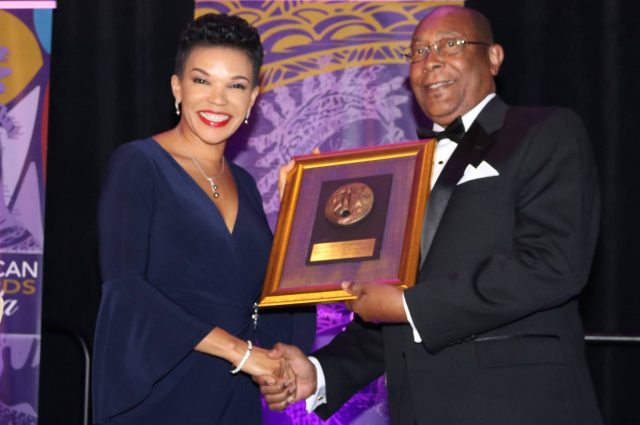 At the ICS’ 24th annual gala held in Washington, D.C., on November 17, Dr. Lowe was presented with the Marcus Garvey Lifetime Achievement Award for his 50 years of contributions to the fields of science, technology and health nationally, regionally and internationally.

Among other distinctions, Dr. Lowe’s ground-breaking discoveries, utilising Jamaican medicinal plants, are being developed for cancer therapy and diabetes and HIV/AIDS treatment.

Etana received the Excellence in the Arts Award for her stellar contributions in pop music and taking a principled stance against entertainment industry emphasis on sexual objectification of women in particular. A powerful female voice on the international reggae stage, the “Wrong Address” artiste is widely hailed as a standard bearer for female empowerment.

In presenting Dr. Lowe with his award, Jamaica’s Ambassador to the United States (US), Her Excellency Audrey Marks, lauded the scientist’s research, noting his innovative discoveries.

Dr.  Lowe has developed nutraceutical products that are on the market, and he holds several patents based on the use of nutraceuticals in the treatment of chronic diseases. Ambassador Marks noted that he helped to develop the first commercial product from marijuana for treating glaucoma.

Ambassador Marks also saluted Etana on her award, pointing out that “her music and positive message have reached millions, making her the perfect model for all women.”

The Ambassador further paid tribute to founder and president to the ICS, Jamaican-born Dr. Claire Nelson, whose organisation conceptualised the Heritage awards 24 years ago. It celebrates the contributions of Caribbean immigrants to the United States and friends of the Caribbean, whose work contribute to the well-being and welfare of the people of the region.

“I want to commend you, Dr. Nelson, for your foresight in establishing this organisation. The ICS team has played a critical role in enhancing awareness of and advancing the interest of Caribbean nationals,” she said.

In her remarks toasting the honorees, ICS President, Dr. Claire Nelson said, “tonight, we honor those among us who demonstrate that the light of God lives within us through this award. We lift up those who are exemplars of excellence, whose genuine and hard work make real, American’s success as an immigrant nation.”