Elephant Man talks to Vision after the BET Award Show 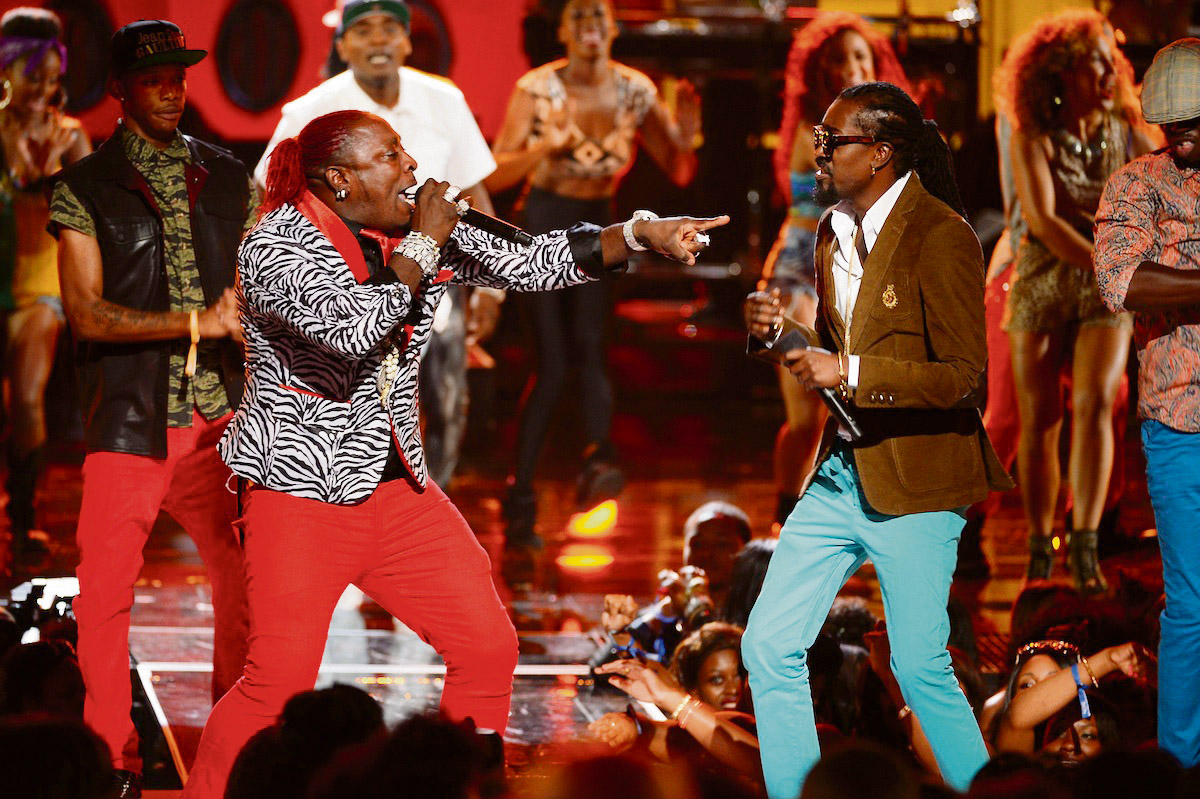 The Volkswagen advertisement with Grammy winner Jimmy Cliff, who later performed at the Superbowl 2013, gained many new fans for the Jamaican culture and patois. The tribute to the legend Bob Marley at the Grammy award show with performances from the Marley brothers with Damian and Ziggy, joined by Sting, Bruno Mars and Barbadian superstar Rihanna, gave Jamaican music yet another huge exposure.

The 2013 staging of the BET (Black Entertainment & Television) awards show also set high precedence for the Jamaican community and diaspora at large. Dawn Penn, Chaka Demus and Pliers, Beenie Man and Elephant Man ignited the stage and set the audience ablaze with a standing ovation and left Nicki Minaj gyrating to the Doctor Sugar’s voice and running on the river bank with Elephant Man.

This performance left many babbling and singing praises of congratulation on all the social media networks. Dancehall and reggae is Jamaica’s pride and joy. Everybody was proud to see that the work of the legends and the veterans who gave birth to this rich gem called reggae were well appreciated.

Vision caught up with Elephant Man to talk about his appearance at the BET Award Show.

How important was it for you to be one of the few that were chosen to represent dancehall at the BET awards?
It was an unforgettable moment for me knowing that this performance has gone down as a part of dancehall music history. I represent music and love what I do entertaining the people.

Many artistes would have relished the opportunity to perform on such a platform, how did this happen?
The owner for the BET Awards called and asked if I want to perform, as Elephant Man is one of the dancehall artistes that represent the genre with high energy performances. I was very happy that I was one of the four Jamaican artistes chosen.

With the inclusion of dancehall and reggae on international shows such as the BET Awards, what does this say for Jamaica and its music?
It means a lot for Jamaica and its culture. It feels good for all dancehall fans because much has been pushed back for the last three to four years. This is one of the best things that could happen to dancehall. There is no looking back right now, we gonna keep it going.

What does Elephant Man have to say to his fans?
Big up all the people who supported me over the years. ‘Yuh done know’ the Energy God will be giving you more hits ‘fi the gyal dem – tunup loud!’