SASHA DIAS – WILL YOU STILL LOVE ME TOMORROW – LTK20 RECHORDZ 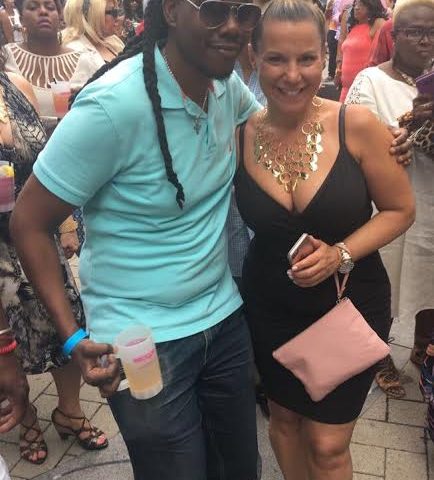 Through this event, Magloire who is also the bandleader for Carnival mas band Toronto Revellers and a steadfast community advocate celebrated Canada’s 150th birthday as well as 50 years of Toronto Carnival in fine style while raising funds for his recently launched Jamaal Magloire Foundation.

The Terrace Patio at the Ontario Science Centre served as venue for this premium all-inclusive event and gave the fete’s loyal patrons the right mix of class, cuisine and first-rate Caribbean-style party vibes.

The event team gained high marks for the strategically positioned bar and food stations, which afforded all attendees enough room to relax and soak in the first-rate décor and party ambience.

Described as the ‘best all-inclusive in Toronto’, the event’s layout featured an action-packed dancefloor as well as comfortable lounge locations accentuated by standing cocktail tables which allowed for mixing, mingling and enjoying the wide array of mouth-watering delicacies. 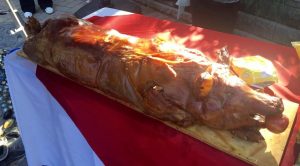 Roasted Pig ready for the tasting at the all-inclusive affair 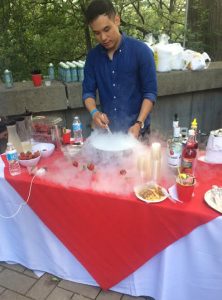 Exotic cokctails were created and served onsite at ESCAPE

A top-notch selection of both alcoholic and non-alcoholic beverages was also present at the fete including exotic, fusion cocktails e.g. Vodka/Hennessy Caesars with jerk salt with a side of island inspired garnishes (pepper sauce, curried fried plantains, peppered shrimp); Rum Strawberry Cocktails served with fresh fruit and Grace Coconut Water. 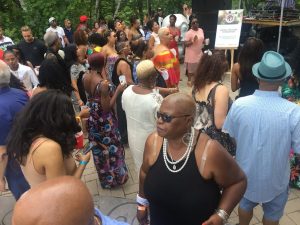 The crowd partied to a stellar cast DJs such as Dr. Jay and Chris Dubbs from Toronto and the Artiste Team from T&T as well as live entertainment from Soca stars Edwin Yearwood and Shal Marshall alongside the pulsating sounds of popular riddim sections.

In line with Magloire’s dedication to culture and consistent efforts as a community leader, the proceeds from this fete were channelled back into the Jamaal Magloire Foundation which is a non-profit organization devoted to improving the lives of at-risk youth through the power of sport.

With regards to the 2017 event Magloire shared, “I’m very happy that everyone came out to have a good time for a great cause. I’m blessed to be part of this wonderful community that has always supported me and I look forward to making this bigger and better with each and every year.”