Jamaican dancehall artiste Eshconinco, who catapulted as a rising dancehall lyricist through Latin America earlier this year, has seen material that has not received much rotation or notoriety here in Jamaica, dominate in the Spanish speaking market.

Dominate so much that it garnered the attention of Universal Records Latin America, a label to which the young artiste is now officially signed and has new material ready to be released internationally. 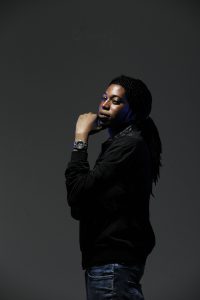 Eshconinco credits social media for his first hit ‘Visa’ in Latin American countries after he posted the song on various platforms and got feedback from Spanish speaking countries that the song was trending.

“I recorded ‘VISA’ here in Jamaica and surprisingly I started seeing on social media how my song was being played a lot in Panama, Costa Rica and other Latin countries. I started making connections with producers in Panama and my music started to travel more that is when I received a call from my current manager. We came up with a plan, executed it and we are now working nonstop” Eshconinco noted.

So far Eshconinco has performed in Panama, Colombia, Chile and Costa Rica, but is looking forward to expanding his performance base through the Universal Records contract. He is excited that his material, virtually ignored in Jamaica, has garnered him an international record deal, an opportunity not afforded to many.

“I can say my hard work and sacrifice was worth it all. It means a lot to me that I have been signed to the label. I still intend to continue working hard as hard work and dedication has its rewards,” Eshconinco added.

The young artiste is not upset however that the international community has gravitated to his music faster than his own island, and believes everything works the way it should.

“I know that there are many talented artistes in Jamaica and djs and selectors find it hard sometimes to choose which artiste to feature. With this international recognition I anticipate that they will give my material the attention it has always deserved” Eshconinco mused

Eshconinco is currently in Spain for a first ever performance in Barcelona on July 15 and will return to Jamaica for the release of the ‘Hold Me’ single on July 20, he is looking forward to release his second studio album soon under the Universal Records Imprint.

For all updates and details follow him on social media @eshconincoofficial.