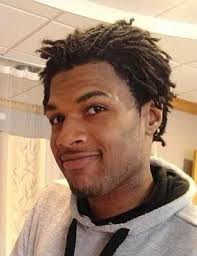 No timetable has been made public on how long it will take to present evidence to jurors or how long it might take for them to make a decision on whether anyone should face charges in the shooting of 22-year-old John Crawford III.

Some 20 people were outside the courthouse Monday morning to pray for “a peaceful process.” Dozens of others gathered outside the Wal-Mart store in a Dayton suburb and later walked about 11 miles (17 kilometres) to the courthouse in Xenia for an afternoon rally where several speakers called for “justice for John Crawford.”

Crawford, who was black, was shot by police Aug. 5 while holding an air rifle his family said he’d taken off a store shelf. Two white police officers responded to an emergency call reporting a man waving a gun. Police have said Crawford was shot after he didn’t obey the officers’ commands to put the weapon down.

Crawford’s family said he was there shopping and did nothing to warrant being shot.

The family and supporters including the president of the Ohio Legislative Black Caucus and the Rev. Al Sharpton have pushed for public release of store surveillance video. State Attorney General Mike DeWine has refused, saying it could compromise the investigation and taint a potential jury pool. DeWine named a veteran prosecutor, Mark Piepmeier, to take the case to the grand jury.

The family and other supporters also want federal authorities to investigate whether race was a factor in the shooting.

On Monday, a handful of demonstrators stood on a street corner outside the courthouse with signs critical of authorities’ handling of the case, with messages such as “Justice 4 All” and “Toy Guns Don’t Kill People Cops Do.”

At least 80 Crawford supporters joined them after walking from the Wal-Mart. Many wore black T-shirts bearing Crawford’s name and “Release the Tape.”

One speaker, Jovan Webster, said the lives of young black men and women “who have done nothing wrong” are too often cut short by police.

James Hayes, an organizer of the Columbus-based Ohio Student Association, said they want the police officers indicted on criminal charges.

Prentiss Haney, from the association’s Wright State University chapter, said the group will continue rallying outside the courthouse as the grand jury meets this week.

“We believe this is not just a problem in this area, but a national problem deeply rooted in racism that has plagued black and brown lives in our country,” Haney said.