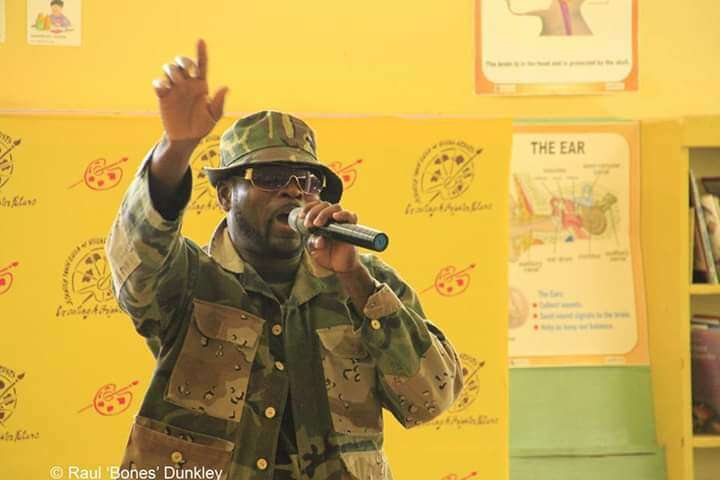 News of the Broadcasting Commission of Jamaica’s ban on lyrics glorifying illegal guns, illicit drugs and scamming, has led Profit Revelation resurrecting “Gun Dawg” a song he had used to condemn crime and violence.

The Commission says the directive to radio stations reinforces its commitment to keeping airways free of harmful content given the important role traditional media still plays as agents of socialization.

The use of the public airways broadcasting songs that promise/glorify illegal activity could give the wrong impression that criminality is an accepted feature of Jamaica culture and society.

In an interview with Vision Caribbean TV,  Profit Revelation reveals that “Gun Dawg” was done in the heights of gun warfare in Spanish Town.

“A lot of innocent lives were being lost. So, I thought how best I could contribute to maintaining peace.

“The video shot in the St. John’s Road community, highlights how easily one could be killed.”

In terms of the ban on undesirable lyrics, Profit Revelation feels the Broadcasting Commission needs to have workshops on several topics relating to music.

“Many of us do not not know how to fix our lyrics so that we do not come across as promoting gun violence. So help us to make the changes,” he adds.

Profit Revelation is regarded as a very talented artiste from Spanish Town, Jamaica. He has his own recording label – Trying Youth Production, which is credited with songs including, “Eat What We Grow,” “Madda Bang You Belly, ” “Woman and Rum” along with other songs, ” Look What Babylon Done” and  “Neighbourhood Watch.”