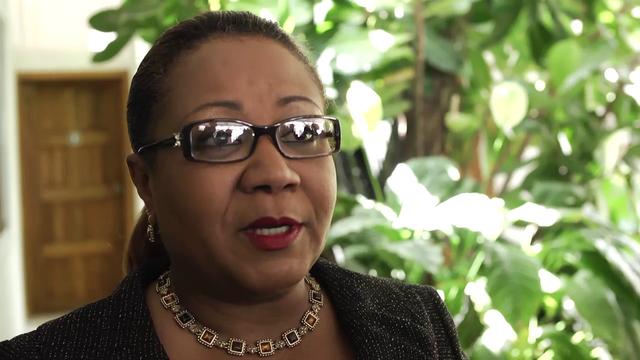 PORT-AU-PRINCE, Haiti _ Health Minister Florence Duperval Guillaume was named as Haiti‘s interim prime minister on Sunday following the resignation of her predecessor a week ago amid a stalemate over delayed legislative elections.

Duperval Guillaume will hold the post for a maximum of 30 days, as established by the constitution, before a permanent choice is presented to parliament by President Michel Martelly, according to Enex Jean Charles, secretary general of Haiti‘s council of ministers.

The former prime minister, Laurent Lamothe, resigned a week ago amid the bitter political standoff over legislative elections.

Martelly was supposed to call elections in 2011 for a majority of Senate seats, the entire Chamber of Deputies and local offices. But several opposition senators have used parliamentary procedure to prevent a vote authorizing the election while orchestrating a series of large protests in the capital to call for the president to resign.

An independent commission formed to resolve the crisis had recommended that Lamothe resign, which he did following days of violent protests. Its recommendations also include renewing the membership of the electoral council and freeing several people the opposition considers political prisoners.

On Jan. 12, the terms of the current Senate will expire and the president can sign a decree that will enable the country to hold the elections in the first half of the year.