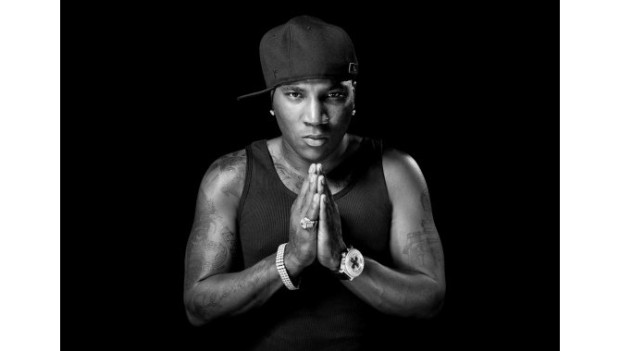 The Hells Angels and Jeezy look like they could be facing off in a court room soon. According to TMZ, the famous biker club is claiming that the Inspiration rapper grabbed the group’s Death Head logo for his 8732 Apparel clothing line. The winged-head logo in question can be found on items like the blue denim Bandits Vest currently being sold on the 8732 Apparel’s website.

Unsurprisingly, the Hells Angels are not happy. According to TMZ, the group is suing for unspecified damages, arguing that 8732 has already earned substantial profits from the merchandise with the similar logo on it. They also want 8732 Apparel to stop selling items with the Death Head logo on it as well.

This isn’t Jeezy’s only ongoing legal issue from this year. Back in August, the rapper was sued for copyright infringement by soul singer Leroy Hutson over a sample he used for a track on his 2010 mixtape, Trap or Die 2. Hutson accused Jeezy of illegally sampling his song “Gettin’ It On” for his track “Time.”

For the original report go to http://www.xxlmag.com/news/2013/10/hells-angels-sue-jeezy-over-death-head-logo/