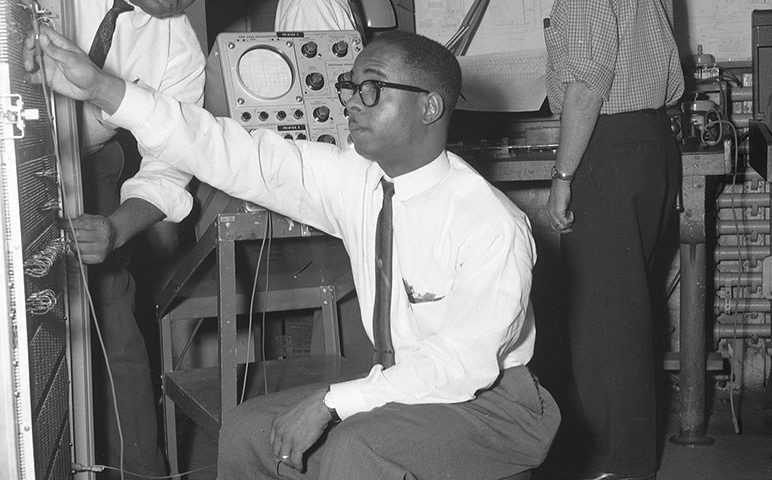 LOS ALAMITOS, Calif., Aug. 8, 2017 /PRNewswire/ — On the heels of the Oscar-nominated film Hidden Figures, IEEE Annals of the History of Computing (Annals), published by the IEEE Computer Society (IEEE-CS), takes an in-depth look at how black scientists suffer “almost complete invisibility in most of the history of computing literature.”

Published in the January/February 2017 issue of Annals, R. Arvid Nelsen’s “Race and Computing: The Problem of Sources, the Potential of Prosopography, and the Lesson of Ebony Magazine“ begins to correct the “whiteness” of historical records. Nelsen’s findings come in the wake of Hidden Figures, a movie inspired by a nonfiction book of the same name about black women mathematicians working for NASA during the space race.

Nelsen is blazing a trail among historians by using unconventional sources—oral histories, company rosters, school yearbooks, biographical dictionaries, and publications such as Ebony magazine—to reconstruct the history of blacks and other minorities in tech. Conventional sources used by historians are largely a void on the subject. Nelsen is a librarian, researcher, and member of the IEEE-CS.

Remedying history’s failures will be a slow, painstaking process that could last decades. The quest is just a first step in “the enormous amount of work that remains to be done,” fraught with “formidable barriers,” says Nathan Ensmenger, Annals‘ editor in chief.

“If our discipline is to come to terms with the critical category of race—beginning with the hidden histories of people of color, but including as well the role of ‘whiteness’ in shaping the dominant narratives in much of our histories, then we are going to need to pursue the difficult path that Nelsen has described for us,” continues Ensmenger.

“Over the past few decades, historians have increasingly recognized the need to examine the intersection of race and technology,” Nelsen writes in his article. “Although recognition of this need has grown, scholarship itself has not kept pace, especially compared with the relative success found in explorations of gender. The lack of source material on race and computing in traditional archival collections needs to be faced,” he adds.

IEEE-CS conducted a Q&A with Nelsen to learn more about his research and the surprises he found, even in Ebony magazine. A sample:

IEEE Computer Society: You’re a white researcher/librarian who works in Texas. What got you interested in minorities in tech?

Nelsen: I believe and hope that when the truth about the role and contributions of persons of color in computing becomes more broadly known, it will have a positive impact on the attitudes both within and outside of the computer industry.