In love with a legend 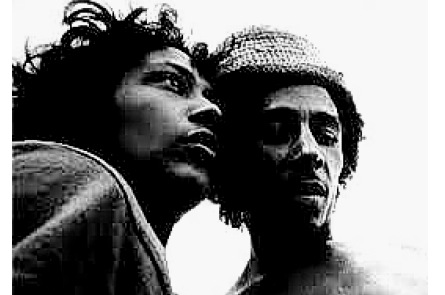 THE film, which revisits Anderson’s affair with Marley during the early 1970s, is part of the theatre’s Black History Month activities.

According to the huffingtonpost.com website, The Making of a Legend is a combination of footage of Marley previously ‘held’ by Island Records boss Chris Blackwell, and footage reportedly found in Canada 13 years ago.

Anderson, now 67, recalls her relationship with Marley, who signed with the London-based Island in 1972 with his group, The Wailers.

The St Mary-born actress was a member of Blackwell’s inner circle. She had been involved in a long-term affair with Oscar-winning actor Marlon Brando.

Her acting credits include roles in the British television shows, Dixon of Dock Green and The Avengers as well as the movie Genghis Khan.

Anderson recalls her first meeting with Marley in 1972 at a record label party in New York and how they consummated their relationship on a trip to Haiti that year.

She claims the racial discrimination she and Marley experienced in Haiti inspired him to write the song Get Up, Stand Up.

From The Wailers’ 1973 album Burnin’, Get Up, Stand Up was actually co-written by Peter Tosh, Marley’s colleague in The Wailers.

For the original report go to http://www.jamaicaobserver.com/entertainment/In-love-with-a-legend_15311379