On November 29, 2021 when The Bridge, 99 FM in Kingston, Jamaica began simulcasting with radio stations in Toronto, Canada and New York, it was hailed as a groundbreaking move that was a first in Diaspora radio. 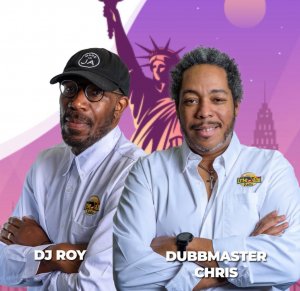 In another blockbuster move, The Bridge 99FM has expanded its reach to the United Kingdom, this time teaming with the talented Robbo Ranx of The Beat, 103.6 FM in London, who connects radio listeners at home with some of the hottest dancehall/reggae jams in London.

In another first, The Bridge’s current affairs A team of attorney Ronnie Thwaites and the Hon. Pearnel Charles are live on The Beat with the popular Public Eye program which airs at 4pm on Sundays.

Bobby Clarke, Chairman of The Bridge 99FM & Irie Jam Radio, who brokered the landmark radio deal, said having a presence in the UK is of paramount importance to the Bridge 99FM, given the UK’s historic ties with Jamaica and reggae.

“The vision of the Bridge is to connect all Jamaicans globally through media so adding the UK to the list of simulcasting territories is critical, ” Clarke shared.

“England was one of the first areas in the world that had mass migration of Jamaicans in the 1950s and 60s. Also the ‘die heartedness’ of Jamaicans (in the UK) is unmatched on the planet. Their loyalty to ‘The Rock,’ speaks volumes about their love for country. Their sense of commitment to Jamaica transcends second, third, fourth and fifth generations of Jamaican immigrants. Truth be told, the Diaspora can single handedly address the majority of issues facing Jamaica at this time. The Diaspora can fix many of the problems that have afflicted our beloved homeland,” he explained.

The Bridge 99 FM debuted on the airwaves in Jamaica in July, 2021, promising a fresh dimension to broadcasting.  Within four months, the station had delivered its first bi-weekly simulcast between Richie B in Jamaica and Red and Jay Martin of Flow 98 FM in Toronto. Popular DJ Nikki Z of the Bridge also simulcasts twice weekly with Spex in Toronto.

“The Bridge 99 FM connects Jamaicans in the diaspora with Jamicans at home over 12 times a week, simulcasting content between New York, Canada and London. This has never been done before” Clarke reiterated.

The Bridge 99 FM has created a huge buzz in the media market and is today the most talked about station on the airwaves in Jamaica. The station is owned by Caribbean Global Network (CGN) Group, operators of IRIE Jam Radio, WVIP, 93.5 FM in New York and is the loudest voice to the Jamaican Diaspora in the tri-state region.