First time actor impresses in ‘Beasts of No Nation’; Tucci enjoys his food 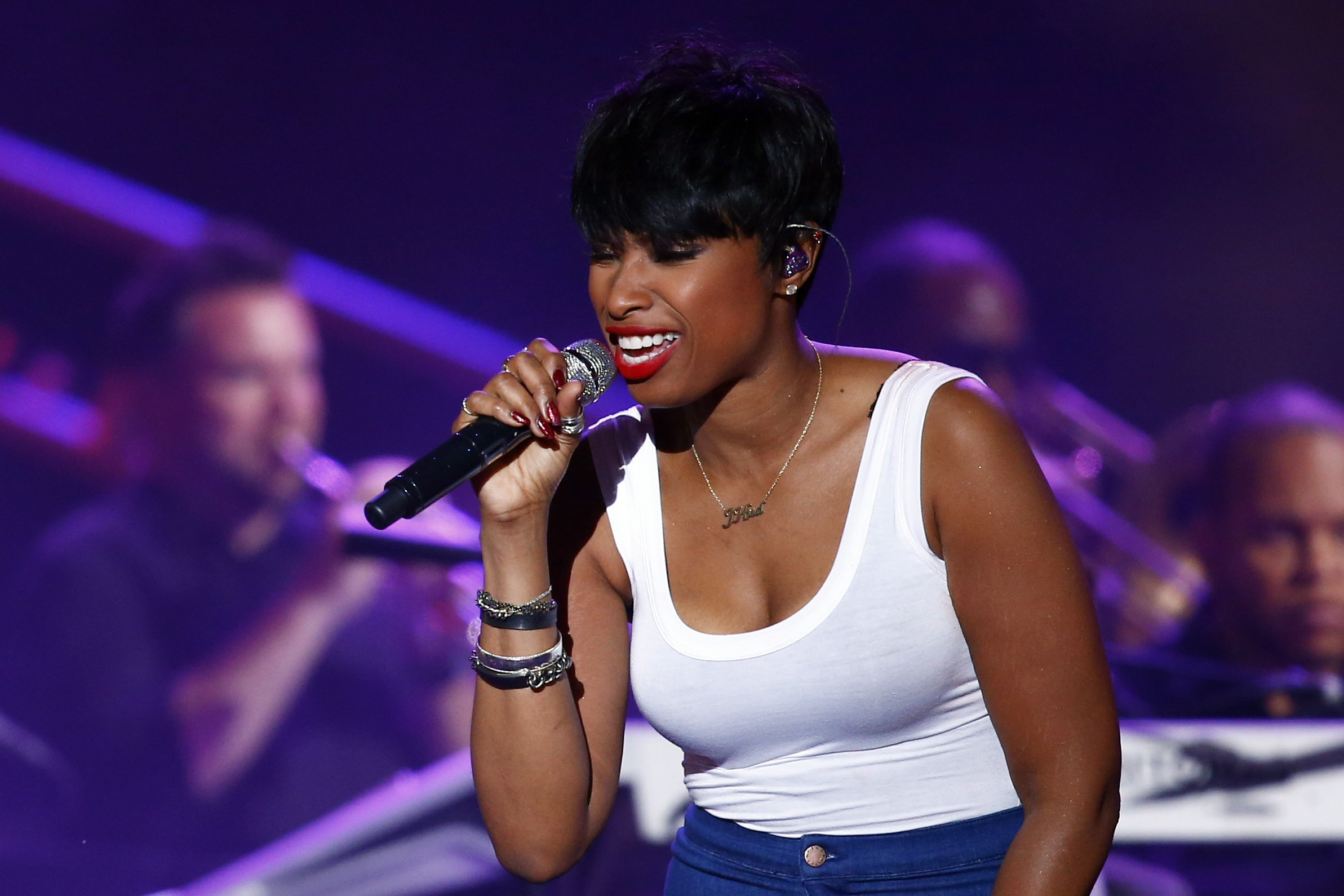 NEW YORK _ The new Broadway season hasn’t yet started in earnest and already there’s a front-runner for the Tony Awards next summer _ “Hamilton.” But there are plenty of challengers hoping to steal its thunder over the next few months. Here’s a look at some highlights of the 2015-16 fall season:

Jennifer Hudson and Broadway are a match made in musical heaven and the two finally will be together in the revival of “The Color Purple.” Hudson, the “American Idol” finalist who won an Oscar for “Dreamgirls,” has flirted with Broadway for a number of years and made theatregoers salivate when she sang “Finding Neverland” at the Tony Award telecast in 2014. Finally, she’s ours. (Opens Dec. 10).

“Spring Awakening,” which helped introduce actresses Jennifer Damiano, Krysta Rodriguez and Lea Michele to the world, comes back, just six years after it was last on Broadway. This time Marlee Matlin and Camryn Manheim are starring. Wait, and who is that? Yes, Krysta Rodriguez comes back, but this time the production will be performed simultaneously in English and American Sign Language. (Opens Sept. 27).

ARE YOU READY TO ROCK?

The movie “School of Rock,” which made Jack Black a star, has been reworked into a musical, with composer Andrew Lloyd Webber writing new music and “Downton Abbey” creator Julian Fellowes penning a story. It stars Sierra Boggess and Alex Brightman, in the loveable Black role. (Opens Dec. 6).

First it was a book, then a movie. Now “Misery,” based on Stephen King’s novel, comes to Broadway with “Die Hard” star Bruce Willis playing the novelist at the story’s centre who finds out he has an out-of-control fan. King hasn’t had much success on Broadway, with his “Carrie” in 1988 considered a legendary flop. (Opens Nov. 15).

Matthew Broderick will be in A.R. Gurney’s “Sylvia,” about a dog who seduces the attentions of a middle-class husband. The dog will be played by Annaleigh Ashford, whose credits include “Kinky Boots” and “You Can’t Take It With You.” ”Sylvia“ was first produced off-Broadway with Sarah Jessica Parker _ Broderick’s real-life wife _ in the doggie role. (Opens Oct. 27).

FIDDLER ON THE ROOF

Danny Burstein, the Tony nominee of such shows as “Golden Boy,” ”Follies“ and ”Cabaret,“ will play Tevye in the upcoming revival of ”Fiddler on the Roof.“ The original production in 1964 starred Zero Mostel and had an almost eight-year run, offering the world the songs ”Sunrise, Sunset,“ ”If I Were a Rich Man“ and ”Matchmaker, Matchmaker.“ (Opens Dec. 7).

Two-time Tony winner Al Pacino returns to Broadway in a new David Mamet play, “China Doll,” their third collaboration on the Great White Way following “American Buffalo” and “Glengarry Glen Ross.” It’s Pacino’s 12th time on Broadway and the first time a new Mamet play has arrived since the poorly received “The Anarchist” in 2012, which lasted about a month. (Opens Nov. 19).

George Takei’s personal and heartfelt show about
Japanese-Americans imprisoned during World War II has found a spot
on the Great White Way this fall with the “Star Trek” actor in a
starring role. “Allegiance” is a multigenerational tale with two
love stories that’s framed by a Japanese-American war veteran
looking back on his family’s time in a Wyoming camp. Takei, Lea
Salonga and Telly Leung star. (Opens Nov. 8).

The new bio-musical featuring the story of Gloria Estefan and her music-producer husband, Emilio, called “On Your Feet,” will feature “Conga,” ”1-2-3,“ ”Get on Your Feet,“ ”Don’t Want to Lose You Now“ and ”Reach.“ It’s a jukebox musical that may remind some of ”Motown the Musical“ or ”Jersey Boys,“ but with an infectious, Cuban beat. (Opens Nov. 5).

Two offerings come from England: the new play “King Charles III” by Mike Bartlett starring Tim Pigott-Smith about Prince Charles taking the throne with disastrous results (opens Nov. 1), and a revival of Arthur Miller’s “A View From the Bridge” led by Belgian director Ivo van Hove that marks the centenary of the playwright’s birth. (Opens Nov. 12).

James Earl Jones, 84, and Cicely Tyson, 90, will be in the play “The Gin Game,” about an elderly man and woman who play repeated games of gin in their retirement home. Tyson is a three-time Emmy winner who won a Tony in “The Trip to Bountiful” in 2013. Jones won Tony Awards for “Fences” and “The Great White Hope.” They’re sharing a Broadway stage for the first time since 1966. (Opens Oct. 14).

Clive Owen will make his Broadway debut in “Old Times” by Harold Pinter. The play is about a married couple who welcome the wife’s old friend for a visit, which kicks up old memories, verbal games and classic Pinter amounts of menace. There’s another reason to go: Radiohead’s Thom Yorke has written original music. (Opens Oct. 6).

Michael Frayn’s Tony-nominated play “Noises Off” _ about what’s it like behind-the-scenes at a door-slamming play where everything that can go wrong does _ returns for its second revival, this time starring Andrea Martin, Megan Hilty, Jeremy Shamos, Rob McClure, Campbell Scott and Tracee Chimo. (Opens Jan. 14).

“Dames at Sea” was a hit off-Broadway in 1968 and helped launched Bernadette Peters’ career. It jumped to a bigger off-Broadway theatre and ran for 575 performances. It played in London twice _ in 1969 and 1989. But it never made it to Broadway until now. Producers will hope it mimics its perennial optimistic tune “Good Times Are Here to Stay.” (Opens Oct. 22).

Magic is again hot on Broadway and “The Illusionists” return after breaking the weekly gross for the Marquis Theatre last fall. The lineup will include four returning performers and three new acts. Sandwiched between their visits, Penn & Teller came to Broadway and made an African Spotted Pygmy Elephant vanish. (Opens Nov. 19).