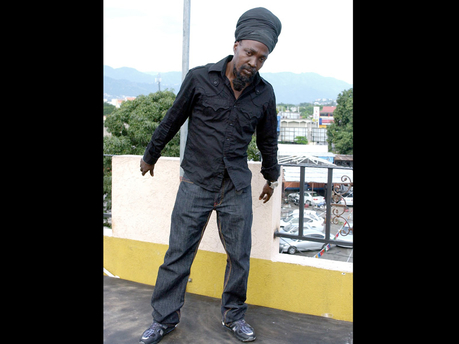 Reggae stalwart Jun-ior Reid, renown for his hit single One Blood among other standout recordings, has lent his voice to a project that continues to gain mainstream attention throughout the United States (US) East and West coasts.

The Rastafarian singer recently teamed with American rapper Uncle Murda for a track titled Guns Dem Load. The song also features incarcerated dancehall star Vybz Kartel. Produced on Reid’s own JR Records imprint, the song speaks to the youths, advising against the use of guns, drugs, and violence.

The song has reportedly been enjoying strong rotation on a number of radio outlets in the Tri-State and Los Angeles areas of the US.

Reid and Uncle Murda use the opportunity to vocalise their support for the release of the self-proclaimed ‘World Boss’. Uncle Murda, who is a Brooklyn, US rapper, signed to then musical powerhouse Roc-A-Fella Records in 2007. A year later, he was shot in the head while sitting in a car in a parking lot, escaping without serious injuries.

Reid told The Gleaner that he always aims to promote positive music. “With so many bad influences around, I always try to do positive music to uplift people. As a father and an entertainer, it is very important to portray positive messages for the next generation. Currently, I’m very pleased with the feedback the song has been receiving both locally and overseas. Also, look out for my new album coming soon,” he said.

Currently in Phoenix, Arizona, USA, with members of his One Blood family, Junior Reid is expected to make stops in California and other states as part of his current North American stint. Upon his return to Jamaica, Reid will continue work on his upcoming album while promoting the new video Out Deh.

For the original report go to http://jamaica-gleaner.com/gleaner/20131011/ent/ent2.html