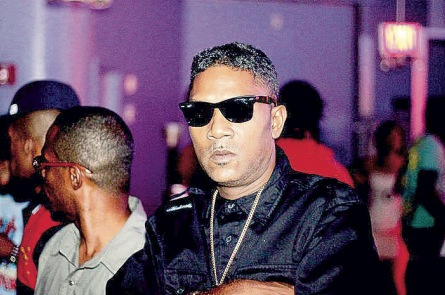 AFTER a 10-year absence from the dancehall scene, deejay Ricardo Maragh (aka Junior Cat) is back with a new sound.

The entertainer says he has “cleaned up his lyrical content” which is evident on his latest song, Praises Non-Stop.

“This is a song that everyone can relate to. It is about giving praises to the Almighty,” he told the Jamaica Observer.

directed by Simeon Hedge. According to Junior Cat, although he appeared to be missing from the scene for several years, he was still active.

“I never stopped recording but most of my songs were released overseas. Europe and Japan has a bigger market for reggae/dancehall,” he said.

Some of his other recent releases are Here To Do Jah Works and Rougher Than Them.

He hopes for better treatment from disc jockeys, though he admits some of his earlier productions were not radio-friendly.

“Back in the days I used to do a lot of ‘gun tunes’ and that didn’t go well with a lot of listeners, but now I have grown and matured enough to know that those lyrics don’t necessarily make me as an artiste,” he said.

“When I was younger I just wanted a break in the industry so I aimed towards lyrics like those, but now it’s all about doing love songs and roots, rock, reggae,” he declared.

Junior Cat along hails from the Kingston community of Cockburn Pen. He joined the Killamanjaro sound system in 1987, working alongside deejays Early B and Little Twitch.

For the original report go to http://www.jamaicaobserver.com/entertainment/Junior-Cat-changes-tune_15427574