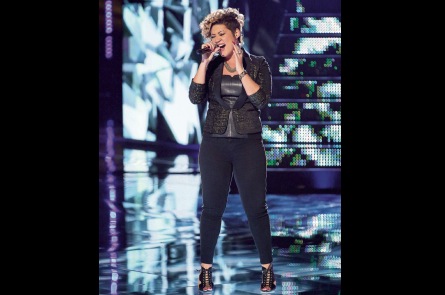 Tessanne Chin moved into the top nine of the NBC talent contest The Voice at last night’s live results show in Los Angeles.

Chin was the first member of Adam Levine’s team to make the next live round of the televised contest, a signal that the Jamaican songstress received the most votes of her team members — Will Champlin, and James Wolpert — who also made the top nine.

On Monday night’s live show Chin gave a powerful and moving performance of Emeli Sandé’s My Kind Of Love which her coach, Levine, said blew his mind.

“You are so consistent and the bar is so high that I can never be satisfied,” the Maroon 5 frontman told Chin. The other contestants who made it to the top nine are: Cole Vosbury, Caroline Pennell, Matthew Schuler, Austin Jenckes, Jacquie Lee, and Ray Boudreaux.

Kat Robichaud was saved by Twitter voters in the five-minute window allowed just before the end of the show.

For the original report go to http://www.jamaicaobserver.com/entertainment/TESSANNE-IN-TOP-9_15427885