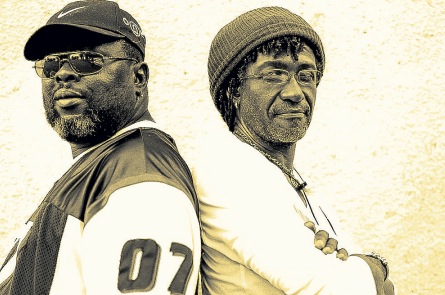 THE golden years of the Taxi label are revisited on Sly and Robbie Presents Sounds of Taxi, a compilation album recently released by Tads International Record.

It contains 22 songs produced by drummer Sly Dunbar and bassist Robbie Shakespeare for the Taxi imprint, starting in the late 1970s with songs from Gregory Isaacs, the Tamlins, the Wailing Souls, Jimmy Riley, Junior Delgado and Sugar Minott.

There are also songs from the 1980s by artistes who emerged during that decade, such as roots singer Ini Kamoze and deejay Yellow Man. The set closes with covers of Bob Marley’s Crazy Baldhead and Running Away, recorded by Luciano and Beenie Man in the 1990s.

The Taxi label was actually launched in the early 1970s by Dunbar and guitarist/bassist Bertram ‘Ranchie’ McLean, who were members of Skin, Flesh and Bones, house band at the Tit For Tat nightclub in St Andrew.

Both musicians became key members of The Revolutionaries band which backed most of the acts at the Channel One studio in the early and mid-1970s. With most of their time consumed by session work at Channel One and touring with Peter Tosh and Jimmy Cliff, Dunbar and McLean had little time for production with Taxi.

Dunbar and Shakespeare, who played in Tosh’s Word, Sound and Power band, revived the label with a series of chart-toppers led by Isaacs’ Soon Forward, released in 1979. That year also saw Taxi hitting with Love and Devotion (Riley), Baltimore (The Tamlins) and Guess Who’s Coming to Dinner by Black Uhuru.

Their hit run continued in the 1980s with Minott whose Herbman Hustling marked the dawn of dancehall’s digital era; Revolution from Dennis Brown, Call a Taxi from Ini Kamoze and their funky instrumental, Unmetred Taxi.

Crazy Baldhead and Running Away were done while Luciano and Beenie Man were signed to Island Jamaica Records. Sly and Robbie worked on their albums for that Chris Blackwell-owned company.

For the original report go to http://www.jamaicaobserver.com/entertainment/Revisiting-Sounds-of-Taxi_15095518