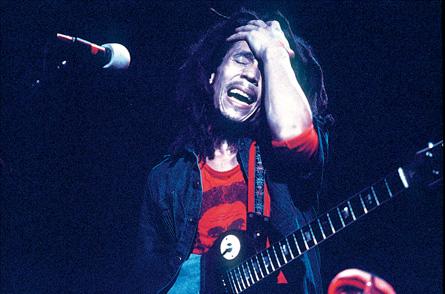 KINGSTON, Jamaica — Failure by many reggae stars and songwriters to appreciate their copyright has resulted in Jamaica getting a low economic return on its music, according to a new study at the Victoria University of Wellington, New Zealand.

WWW.caribjournal.com has reported that PhD student Sharma Taylor’s research shows this is the reality “because the rights on much of this music is foreign owned”.

The report said that Taylor, who has completed her PhD study at Victoria University’s Faculty of Law, focused her research on Jamaica’s Copyright Act, which “complies with the major copyright treaties but may not allow the Jamaican music industry to foster national development.”

Taylor interviewed 57 people in the Jamaican music industry pursuant to her study.

Reggae and Jamaican music in general have provided a number of other benefits, Taylor said, from crime control to national and cultural identity.

“Historically, music has been used by people from different ethnic groups as a way of coping with dislocation from home, of finding identity and human dignity, and making everyday life possible,” she said.

“Copyright is about balance — on the one hand, there need to be financial benefits, but, on the other hand, using other people’s work can spur creative development,” she added.

“Allowing exceptions to copyright law for people to borrow and use works to make something new reflects what has historically happened in Jamaica,” she said. “This acknowledges the fact that the music industry is not just about making money.”

“The use of other people’s work to create something new and different flourished because copyright law was not enforced,” she said.

For the original report go to http://www.jamaicaobserver.com/entertainment/Copyright–lapses-robbing-Jamaica-s-return-from-Reggae