The Latest: Aiming for another sprint double, Usain Bolt advances in 200 metres at worlds 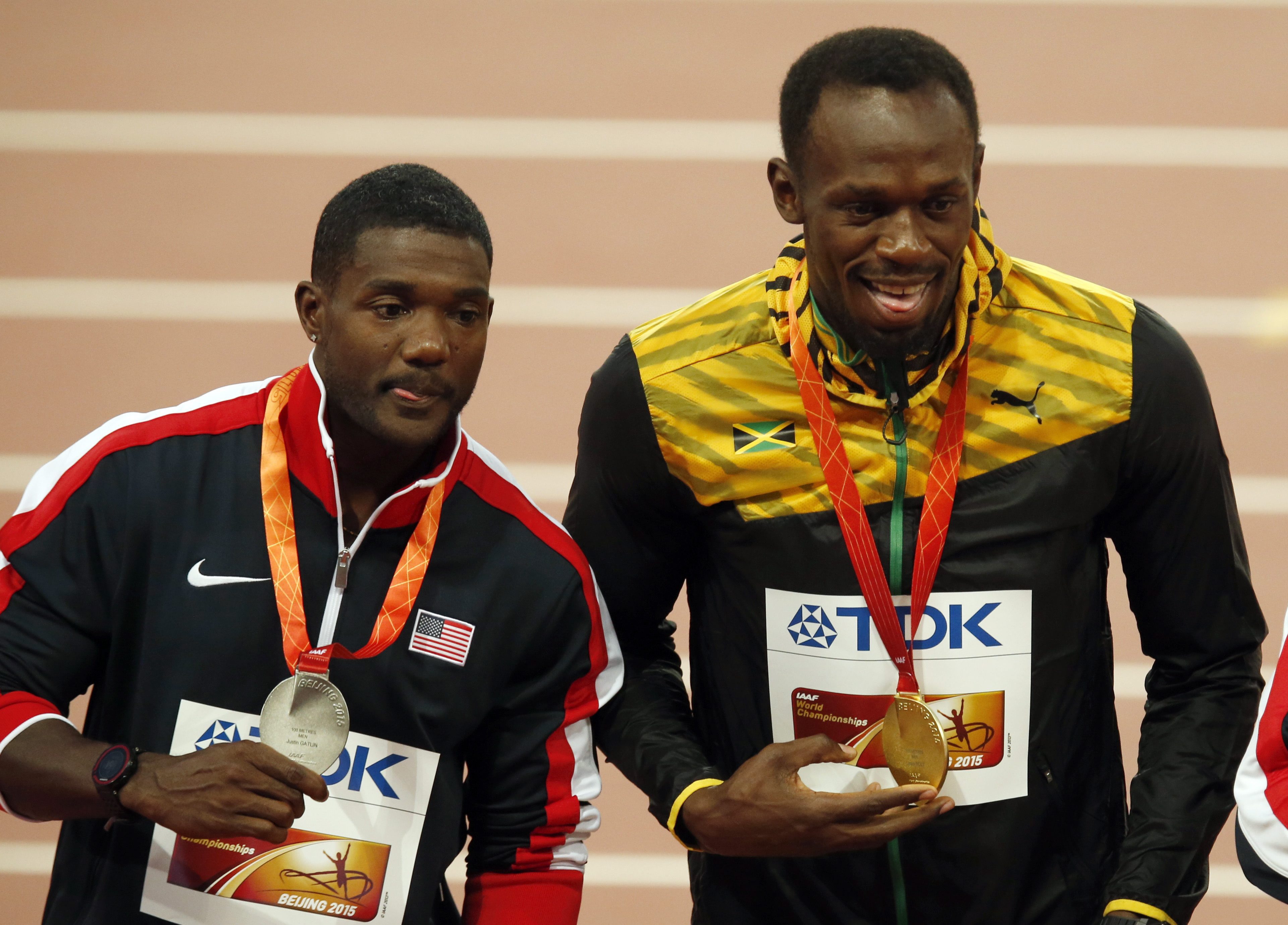 By Eddie Pells And Pat Graham

BEIJING _ Usain Bolt returned to the track at world championships Tuesday and eased his way through the preliminary round of his favourite race, the 200 metres.

Win or lose, Bolt will leave Beijing still hailed as his sport’s fun-loving Superman. The chances of Gatlin getting a champion’s send-off: slim to none.

Doesn’t bother him one bit.

“Sometimes it has to be fuel,” Gatlin told The Associated Press as he left the Bird’s Nest to cool down at the nearby practice field following a preliminary heat of 20.19 seconds. “If you don’t let anything affect you at all, you have nothing to pull off of when you’re already running on fumes.”

When Gatlin lined up for the 100-meter final Sunday night _ a scintillating race he lost to Bolt by .01 seconds _ he was on the line with three other athletes who had served doping bans: Tyson Gay, Asafa Powell and Mike Rodgers.

Their doping pasts have barely been footnotes to the narrative in the 100. And the other athletes competing in Beijing despite their doping histories have essentially gotten a free pass, as well, even as track and field has been hit with multiple reports alleging drug-related cheating among athletes in almost every corner of the sport.

Gatlin? He takes all the heat.

“If he wasn’t doing good, nobody would bring it up,” Dutch sprinter Churandy Martina said. “You do a million good things and one bad thing and people focus on the bad thing. It’s just people. It’s strange.”

There has been vigorous debate over whether a convicted doper should be able to compete again. Gatlin has been snubbed by some meets since his return from his second doping conviction in 2010.

But there is no keeping him out of major events like this one, or the Olympics.

In 2011 and 2012, the Court of Arbitration for Sport delivered a pair of decisions that reversed an IOC rule banning anyone who’d served a doping suspension of longer than six months from competing in the next Olympics. Those decisions sparked debate about whether a lifetime ban should be in order for a first offence. That didn’t happen, but last year, the World Anti-Doping Agency passed a rule that increased the possible penalty for a first offence from two to four years.

“The reality is that your decisions have consequences and some are permanent,” U.S. Anti-Doping Agency CEO Travis Tygart told the AP. “He made the decision to dope, and even if he’s fully eligible to compete again, some people can’t erase that from their minds.”

Lost in all the handwringing over whether Gatlin belongs is that he’s hardly the scowling evildoer he’s often portrayed as.

He’s spent time at schools to drive home the lesson that cheating certainly does not pay.

On Monday night, he shouted down someone heckling his mother during the 100-meter medals ceremony _ a widely retweeted story that has gotten him some good publicity.

“She was explaining to the guy that you can’t always listen to what the media says,” Gatlin said.

Bolt enjoyed a different interaction with the crowd when he got his medal _ dancing, filming himself with a handheld camera, applauding back when the fans cheered for him.

Back on the track Tuesday night for the 200 heats, Bolt worked hard through the turn, staked himself to a massive lead, then jogged to the finish and crossed the line first in a time of 20.28.

“My fitness will be in question,” said the champion, who had run only three 200s this season, while he’s been nursing himself back to health. “Overall, it should be good. I’m confident.”

In other races, David Rudisha won the 800-meter gold and Nicholas Bett won the 400-meter hurdles to push Kenya to a leading fourth gold medal of the championships through Day 4. Genzebe Dibaba of Ethiopia won the 1,500 metres and Denia Caballero of Cuba won the discus.

Greg Rutherford of Britain took the long jump, while Jeff Henderson of the United States, who has this season’s longest jump, finished ninth _ another disappointing effort for the Americans. With five days left in the meet, the United States is in sixth place in medals, with only one gold and six overall.

Gatlin figures to add to the total _ in the 200 finals Thursday and the 4×100 relay this weekend.

Getting the public to adore him, however, will be a tougher task, and he knows it.

“All I ask for is respect,” he said. “You don’t have to cheer for me or be my fan. But I look for respect from the next man.”