One hundred Member Choir …US$138 Mil 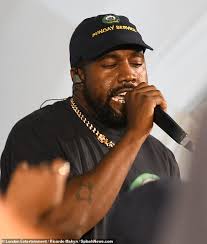 Last Friday an unexpected invasion occured when Kanye West, a controversial figure known for his admiration of Donald Trump landed on the shores of Jamaica W.I. West has made no secret of his relationship with US President Donald Trump. Trump seem to relish in his association with West.

It is the first time that such an event hosted by Kanye West Organization was being staged outside the USA. Kanye West recently announced to the world that he has been converted to Christianity. He is therefore a relatively new concert.

Kanye West invested an estimated 138 million United States dollars to come to Jamaica .. He is a relatively new convert. This is no small investment. Should he get a return on his investment? You be the judge. As usual the verdict is yours. 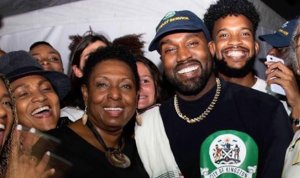 Culture Minister Grange has responded to critics who have taken to Social Media about approving this event at short notice and potentially causing a shutdown of traffic in the hotel and business district in Kingston. She said inter alia “We could not pay for all this free publicity and it did not cost us a cent … Kanye West spent over 100 million US dollars to put on the event in Jamaica …. tourism for us got a great boost.” Declared a rather upset looking Grange.

Hundreds turned out at the Emancipation Park to witness this event which started promptly on time and ended as promised on time. It was a class act. Mrs Kalilah Reynolds, a noted Broadcaster said inter alia “The Kanye West show was impressive”. She was speaking her mind on radio. 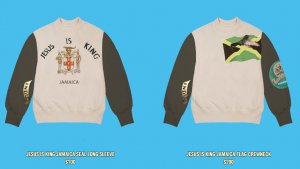 Minister Grange said “Kanye West is the only person who can answer to alleged brand name violations” There have been a controversy that is being fueled by reports that merchandise with Jamaican flag and coat of arms are being sold on the internet by the Kanye West organization. This alleged misuse of these symbols without permission from the PM’s Office as is required, by law has put a damper on the Kanye West’s visit.

From all reports the Kanye West visit was good for Jamaica. Minister Grange has ordered the Kanye West organization to cease and desist from using Jamaica’s symbols. They have done so.

In my perspective Kanye West came to Kingston to put on a Sunday Service, but as any true businessman saw an opportunity and latched on to same. There needs to be negotiations as to how the merchandise produced can be sold to benefit both Jamaica and the Kanye West organization. This is not a perfect world. Let us work with what we have and not shoot a gift horse in the mouth.