Konshens for Famous Divas night out 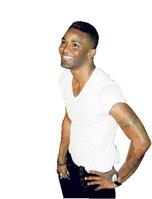 It is no surprise then that the time has come for him to take over Famous nightclub’s Divas Night Out, this Thursday night, as the club kicks off its new partnership with Magnum Tonic Wine for the hugely popular night at the club.

Konshens, the 27-year-old dancehall superstar, born Garfield Delano Spence, has been doing well on the dancehall scene over the past few years. With a new shoe line, Konz – and several hit songs including Jiggle, Gyal a Bubble, Depend on You, Tan Up and Wuk, as well as Good Girl Gone Bad and Gyal Siddung among several others, he has been extremely successful in attracting a burgeoning legion of female fans.

With this growing throng behind him, the time is right for him to make his debut performance at Famous, the chic, 11,000-square-foot entertainment spot on Port Henderson Road in Portmore, St Catherine.

The club opened its doors in May 2013. Since then, it has enjoyed strong support from the dancehall community and has hosted major dancehall celebrities and industry players, making it the place to be for the who’s who from Jamaica’s most popular musical genre.

The partnership between Famous and Magnum was a synergy waiting to happen. The popular tonic wine has been associated with dancehall since it entered the marketplace in 1999.

Since that time, the brand’s support has helped to stimulate the entertainment industry by aiding in the development of authentic Jamaican culture. That support has also seen the brand partner with a number of entertainers within the industry as well as the genre’s most popular sound system, Stone Love.

This partnership is one from which Famous patrons will reap rich benefits on Thursday nights at Famous. “Patrons can look forward to high energy performance by the Magnum Girls and also Magnum bucket deals all night,” said Sophia Bernard-Fairman, Group Brand Manager – Fortified Wines and Liqueurs at Wray and Nephew.

For the original report go to http://jamaica-star.com/thestar/20130919/ent/ent8.html