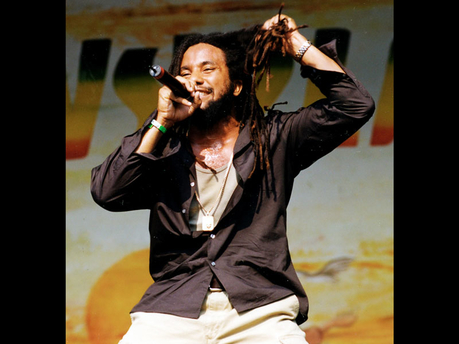 Directed by Mykal Cushnie, the video was shot in early November on location in Trench Town and Tuff Gong Studios – two locations very important to the music of the Marleys.

Showcasing another side of Ky-Mani Marley, Hope Chant is the first single from Big Kenny Presents Electro Shine Record to be released in 2014.

Ky-Mani is working on his new clothing line Konfrontation and focusing on his non-profit organisation LOAF (Love Over All Foundation), while relentlessly recording new and exciting material for his upcoming album Evolution of a Revolution, which represents a new sound. The new recordings will continue to highlight the myriad of Ky-Mani’s influences. His new works will prove to be a blend of genres that will touch the inner soul of each listener.

For the original report go to http://jamaica-gleaner.com/gleaner/20131204/ent/ent4.html