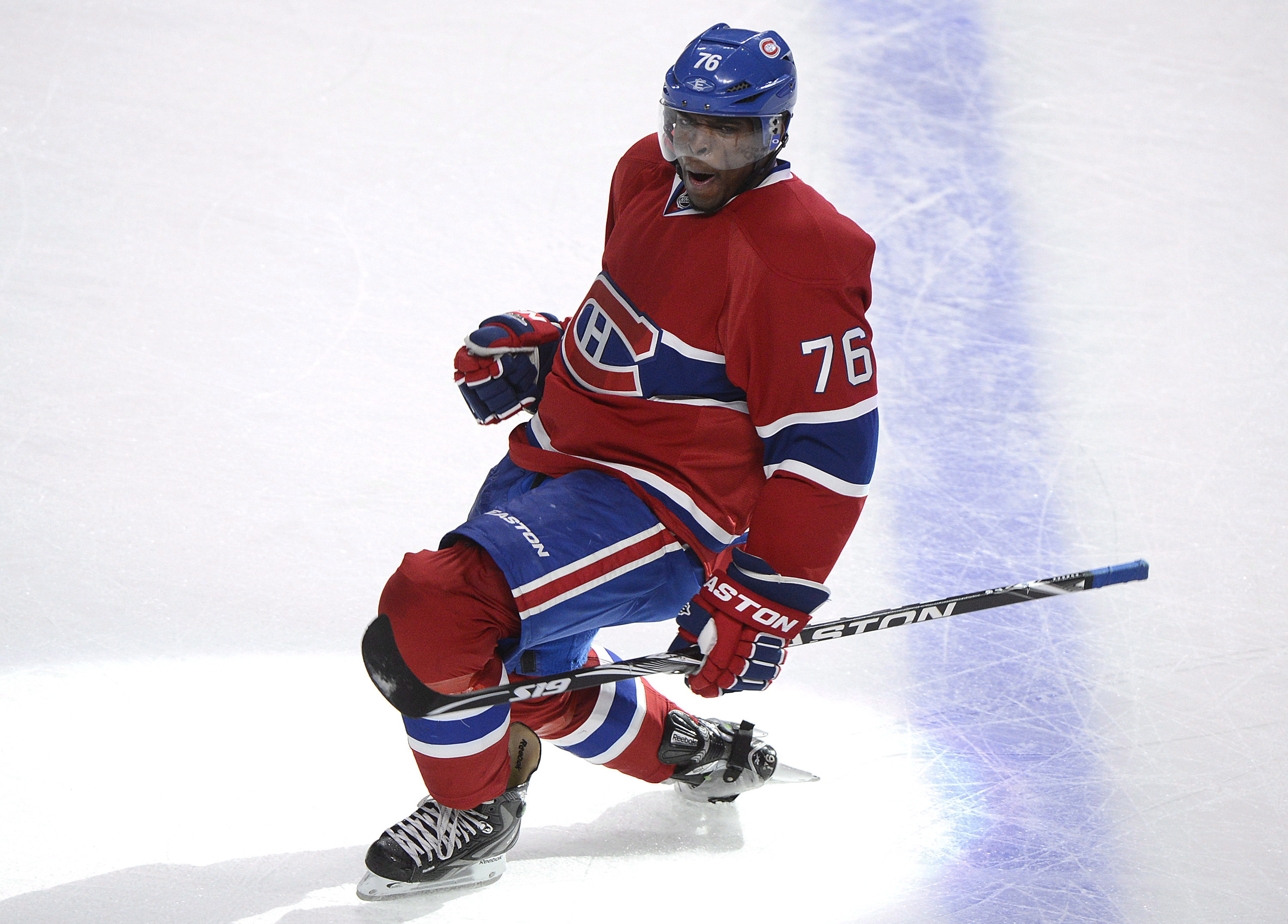 MONTREAL _ P.K. Subban says hockey fans will discover he’s not the person many critics make him out to be and that his pledge of at least $10 million for a children’s hospital should demonstrate his altruism.

“When I hear things about me being a selfish person or being self-centred or cocky or arrogant, these things don’t bother me,” the Montreal Canadiens defenceman told reporters Wednesday after handing over a giant-sized cheque to the Montreal Children’s Hospital.

“These people don’t deserve a voice because they don’t know me, but for the people that know me, it’s very easy to understand.

“Montreal has seven another seven years to get to know me,” he said, referring to the eight-year, $72-million deal he signed prior to the beginning of last season.

The hospital is calling the $10-million donation the largest philanthropic commitment ever made by a professional athlete in Canada.

In recognition of the donation, the Children’s officially inaugurated the “Atrium P.K. Subban,” a 486-square-metre, three-storey public space located at the heart of the hospital’s new facilities.

“It is really an amazing feeling to be here,” said Subban, who will now become a spokesperson for certain fundraising campaigns and flagship events organized by the Montreal Children’s Hospital Foundation.

“I am proud to walk in the footsteps of my idol Jean Beliveau by giving back to the community and feel privileged to be able to help transform the lives of sick children and their families.”

The partnership with the hospital foundation will also see the creation of P.K.’s Helping Hand, a fund dedicated to assisting vulnerable families financially hurt by a child’s illness.

“A lot of people don’t realize that having a sick child often means one parent has to stop working, and it becomes tough to make ends meet,” said Subban, 26.

“P.K.’s Helping Hand is dedicated to making sure that these parents don’t have to worry about paying for necessities like food and medicine and can instead focus on what’s most important: helping their child get well.”

Subban noted that his father was an educator for 30 years and that his two sisters and one of their husbands are also teachers.

His father Karl Subban said in an interview he’s proud of his son _ as a hockey player but also as a person.

“We know about his abilities on the ice and now we’re knowing about his character off the ice,” he added.

Subban’s father was asked if his son would make a good team captain for the Habs, who will name one before the regular season starts.

He didn’t tell reporters what they were hoping to hear.

“I worked in a school 25 years as a principal and I was a leader because a leader helped people to grow and get better and that’s how I see P.K.,” he said.

“That’s how I want him to be, not so much caught up in a title, but just be a leader.

“It’s not what you get in life, but it’s what you give…that’s what teachers do.”

Subban called the huge donation “significant and bigger than any other athlete in Canada has ever done.”

He said the money was not about accolades, but about giving back to a city that’s given him so much.

Subban, who was drafted by the Canadiens in 2007 and won the James Norris Trophy as the NHL’s best defenceman in 2013, is entering his sixth full season with the team.