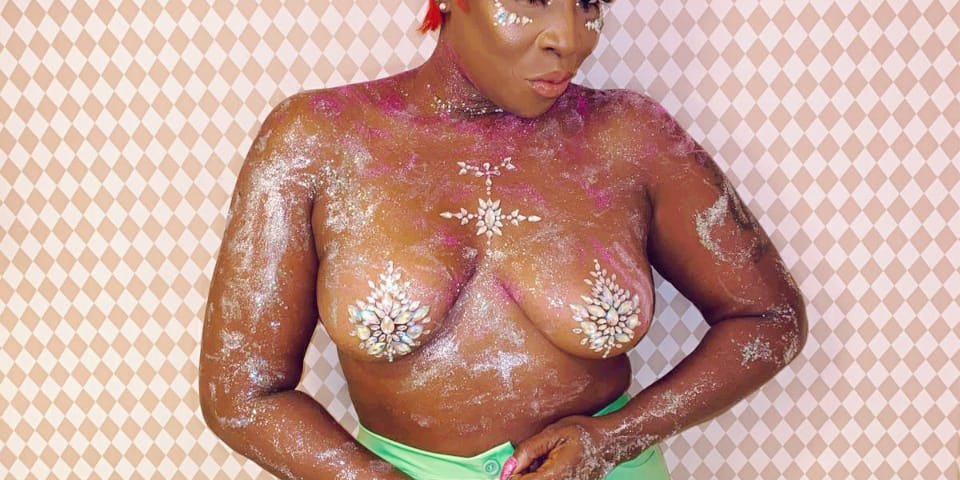 The artiste shared images and a short video clip from her latest video shoot while in Philadelphia USA on a promo tour for her recent single. The footage quickly went viral on Instagram and was even flagged, and then deleted by the popular social media site.

“The images I posted on my Instagram page were not naked pics at all, the important areas were properly covered but persons kept reporting my contend and Instagram deleted them multiple times” Macka explained

The content represents behind the scene footage for the music video for the Pink Pearl single on the Pink Riddim produced by Rekit Ralf Music from Jamaica.

Comments on the pics and video clip were mostly positive, complimenting the mature artiste for her surprisingly good looks and sex appeal.

“Most persons say I look really good for my age and I appreciate those fans for their support. I’m one of the hardest working artistes in Dancehall for the last three decades and I will continue to be sexy with my music and image, so anyone who doesn’t like it can simply unfollow me, ” Macka added

The viral queen also believes the reporting of her content on Instagram supports her decision to join the controversial OnlyFans website and urges real fans to subscribe to her page there for more exclusive footage. She also recently released two music videos ‘Back It Up‘ and ‘Careful A Dem‘ with Philadelphia based artistes Chivea and M-Gee.

Macka Diamond, Chivea – Back It Up (Official Video)